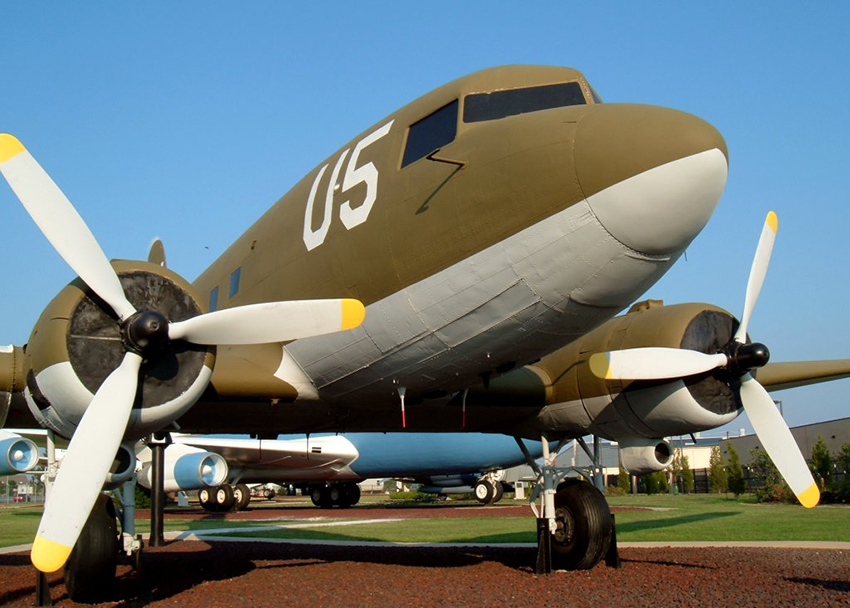 Oklahoma has a close relationship with our nation’s military. And with with three Air Force bases and a very large Army post in the state, it’s clear that they have a large impact on our state. The closest of these to OKC is Tinker Air Force Base, one of the largest maintenance, repair and overhaul facilities in the world.

The base was named in honor of Major General Clarence L. Tinker of Pawhuska, Okla. General Tinker lost his life while leading a flight of LB-30 "Liberators" on a long-range strike against Japanese forces on Wake Island during the early months of World War II.

Tinker AFB's history began in 1940 when a group of Oklahoma City civic leaders and businessmen learned that the War Department was considering the central United States as a location for a maintenance and supply depot. On April 8, 1941, the order was officially signed awarding the depot to Oklahoma City.

Tinker's largest organization is the Oklahoma City Air Logistics Complex. It is the largest of three depot repair complexes in the Air Force Materiel Command. More than 9,400 military and civilian employees work at the OC-ALC. The complex is headquartered out of historic Building 3001, which covers 62 acres and stretches for seven-tenths of a mile. Within its walls, workers perform a vast array of maintenance on aircraft, engines, components and accessories and perform a multitude of administrative tasks.

While you can’t just wander around the base, the Charles B. Hall Airpark is free and accessible to the general public. Located at the Air Depot exit on I-40, the park is open between dawn and dusk and features many of the aircraft that have operated from the base.