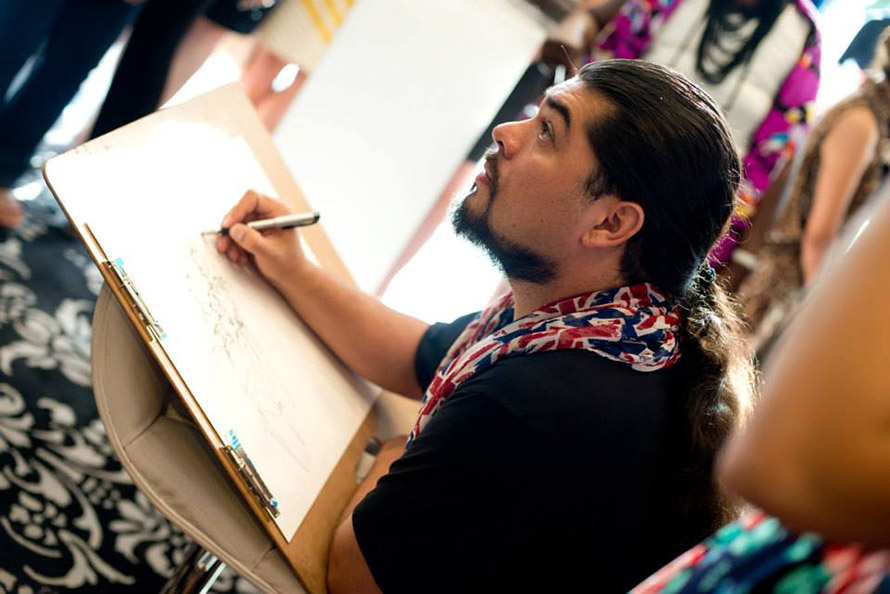 Editor's note: As part of our recent multimedia feature on OKC's arts community, we profiled a few artists making waves here in Oklahoma City. We hope this piece on DG Smalling, a previous post on Denise Duong and other upcoming related posts will whet your appetite to check out the "Visual Arts in OKC" feature story on greateroklahomacity.com and share it with family, friends, neighbors and potential residents/investors.

It’s getting dark outside and Choctaw artist DG Smalling is presiding over a small group of friends in his massive studio and living space in downtown Oklahoma City’s Carnegie building. It is at this moment he insists he saw (and spoke with) a two-headed person at a TJ Maxx in a small town in Clearlake, Texas. And because of Smalling’s globetrotting life, and amusingly persuasive delivery, it seemed plausible, and somehow…logical.

To reach this conversational pinnacle, we have galloped from topic to topic, beginning with the arts and Smallings’ childhood, his philosophy, a dabble of politics, some of the many projects he’s involved with in 2020, his favorite international grocery shops in Oklahoma City and now this. A two-headed person at TJ Maxx. The story is a perfect encapsulation of the mischievous riddle that is Smalling, whose larger-than-life persona is roundly dwarfed by his talent and ambition. 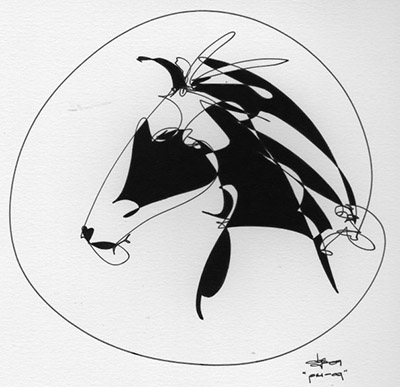 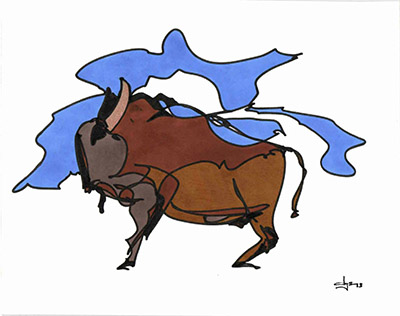 Smallings’ paintings are propped against walls and hung haphazardly around a large room in the middle of his apartment. Two 8-foot tables anchor the center of the room, strewn with paint boxes and art detritus. Specimens from his ongoing collaboration with Barry Switzer here, a large dragon there and inside a closet, hanging in a neat row, are wooden chair-backs patiently waiting for him to pull them out of obscurity.

He’s juggling a handful of pretty massive projects here in the dawn of the ‘20s. There’s the furniture design project with Gary Platt, the largest casino furnishing company in the world (hence the hanging chairbacks), and a Smalling-designed slot machine in the works. There’s the joint museum exhibition at the Gaylord-Pickens Museum featuring Smalling and ceramicist Nicole Moan. He’s been tapped by Baroness Nicholson of Winterbourne, a British politician, to create portraits of all the historic treaty signings between Tribal Nations and Great Britain. He’s working on a collaboration with the one and only Coach Barry Switzer. There’s a huge project with an Oklahoma casino/resort. 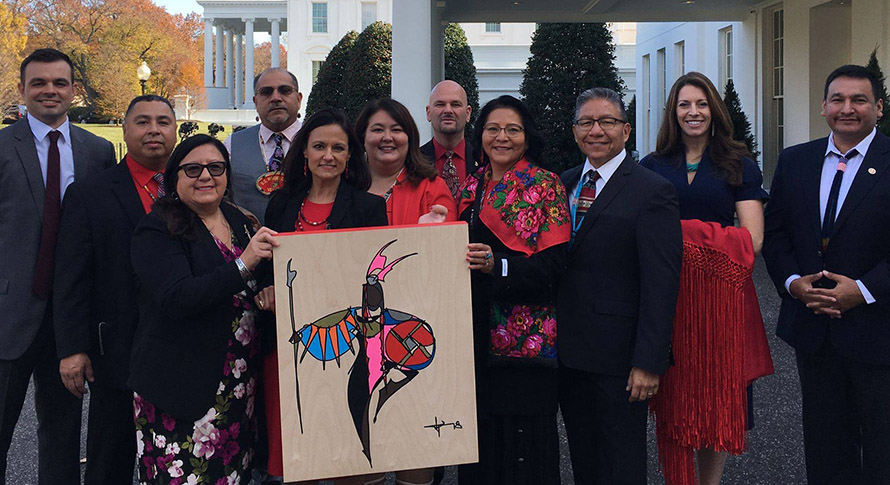 And there’s his painting, “Lady Justice,” which has become the namesake and symbol of Operation Lady Justice, a government-wide initiative aimed at addressing the crisis of missing and murdered Native Americans. Smalling created the painting during a National Native American Heritage Month event held by the Bureau of Indian Affairs in Washington, D.C., in November 2018. “Lady Justice” was displayed at the White House during the signing of an executive order establishing the Task Force on Missing and Murdered American Indians and Alaska Natives. 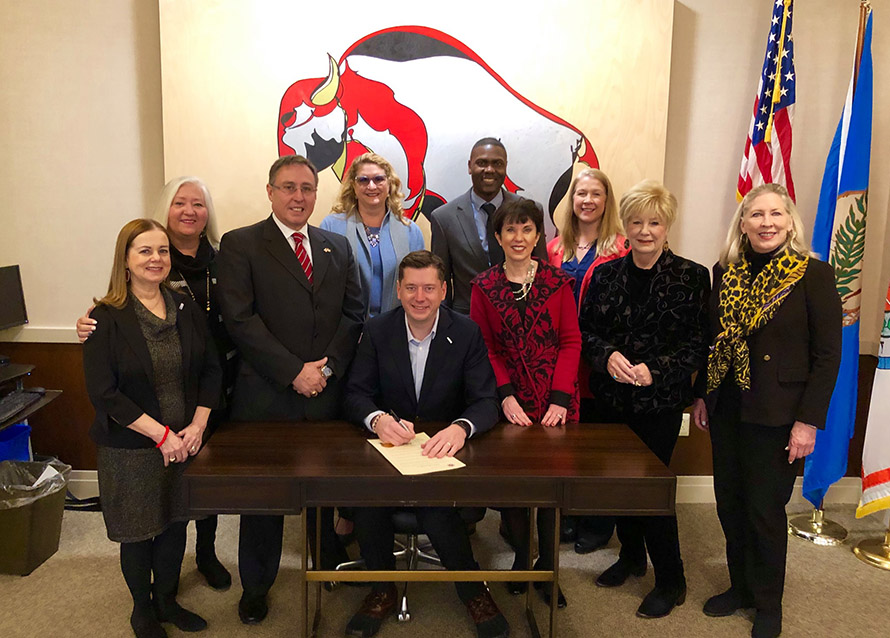 Smalling grew up all over the world. His parents are missionaries. The family left the States and landed in Switzerland, where elementary school included daily painting and poetry. “It was such a shift,” Smallings says. The family rented an apartment from a couple who lived on premises, and young DG found a grandfather figure in the husband. “This was a man whose idea of relaxation was building functioning model battleships. He wore bespoke shirts and used a Montblanc pen to mark the wood for his projects because he said pencils breed error,” Smalling says. He traces his artistic style of drawing with one single line directly back to this man. “It’s creativity through constraint,” he says.