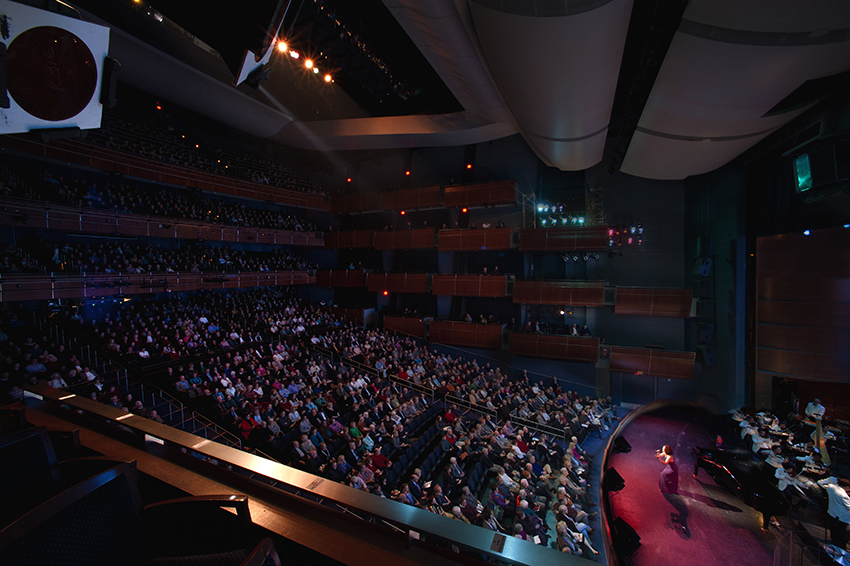 What do Spongebob Squarepants, Charlie Bucket and Miss Saigon all have in common? You’ll be able to learn more about each character during the 2019-2020 OKC Broadway season, which officially starts today with “Hello, Dolly!” The show runs until Sunday. The rest of the season is – in order – “The SpongeBob Musical”, “Miss Saigon”, “Come From Away”, “Anastasia”, and “Charlie and the Chocolate Factory”.

You’ve probably heard of “Hello, Dolly,” but you might not know the story. Winner of four Tony Awards, including Best Musical Revival, the show focuses on Dolly Gallagher Levi as the meddlesome matchmaker. Based on Thornton Wilder’s, “The Matchmaker,” Bette Midler is best known for bringing Dolly to life.

“The SpongeBob Musical” starts Nov. 12 and runs until Nov. 17. While a sponge that lives in a pineapple under the sea may seem like the least-likely character to make a musical about, the show received rave reviews on Broadway. In the musical, SpongeBob and all of Bikini Bottom face catastrophe, until an unexpected hero rises to take center stage.

Starting Jan. 14, the Broadway classic, “Miss Saigon” debuts. From the creators of Les Miserables,” the love story features a Vietnamese woman who falls in love with an American G.I. They are torn apart by the fall of Saigon and she spends three years trying to find him. The show runs until Jan. 19.

Opening Feb. 4, “Come From Away” is the heartfelt story around 9-11 that you likely haven’t heard yet. After flights were redirected on that tragic day, the out-of-country passengers had to go somewhere, so 7,000 people ended up in Gander, Newfoundland. The small town’s real-life story is told in this Broadway smash hit. The show runs until Feb. 9.

The story of “Anastasia” comes to Oklahoma City on March 3. From the Tony Award-winning creators of the Broadway classic, “Ragtime,” this show takes the audience from the Russian Empire to Paris, as a brave young woman sets out to discover the mystery of her past. She’s trying to always outwit a Soviet officer, who is determined to silence her. The show’s last run is March 8.

The sweetest show of the season will be “Charlie and the Chocolate Factory,” based on Roald Dahl’s best-selling tale about Willy Wonka and his incredible candy-making factory. The impoverished Charlie Bucket and his grandfather get the golden change to tour the operation and their lives are forever changed. The show starts May 12 and runs until May 17.

Now, if you’re a fan of the musical, “Frozen,” or have someone in your household who can’t stop singing the songs, you might want to subscribe to this year’s season. The Broadway musical, “Frozen” will be here in 2021 and the best way to guarantee tickets to purchase a 2019-2020 season subscription. Subscribers will have first access to “Frozen” tickets when it comes time to renew their subscription.

The nationally-touring shows are presented by OKC Broadway, in partnership with the Nederlander Organization and the Civic Center Foundation. The foundation was created in 2001 and has helped fund capital improvements and maintenance at the Civic Center Musical Hall. These updates ensure the venue remains one of the top performing arts centers in the country.

The name Nederlander has been working in entertainment since 1921. The organization continues the tradition of operating historic theatres as well as producing and presenting the best in theatrical entertainment and concerts.