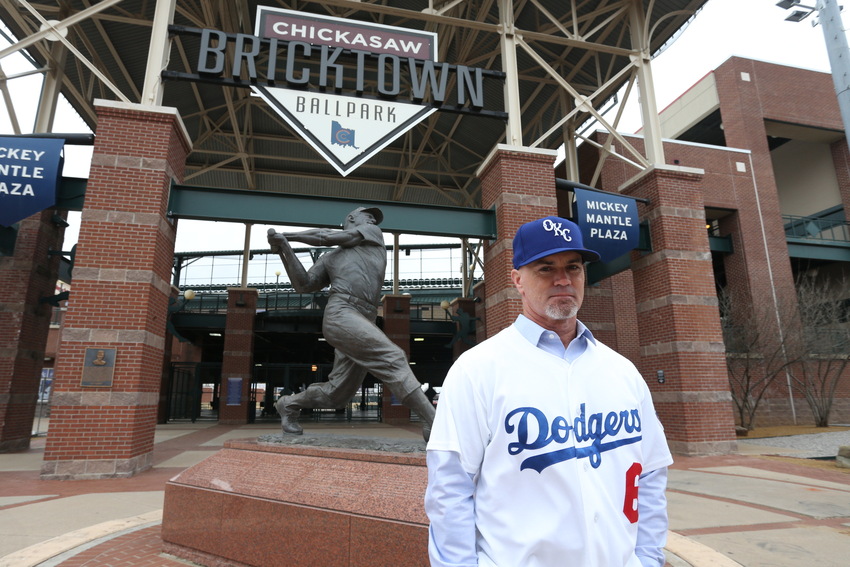 Travis Barbary was recently named the new manager of the OKC Dodgers. Credit for all photos: Cody Roper/Oklahoma City Dodgers

As Chickasaw Bricktown Ballpark gets ready for its 22nd season as the home of professional baseball in Oklahoma City, the Oklahoma City Dodgers have announced a series of improvements and renovations to the facility for 2019 and beyond.

The total costs for the projects are approximately $2.5 million and are funded either by the 10-year general obligation bond approved by Oklahoma City voters in 2017 as part of the "Better Streets, Safer Cities" initiative, or by the city-instituted facility fee on event tickets, implemented in 2014. All projects will be completed by April 4, when the Dodgers open the 2019 season. 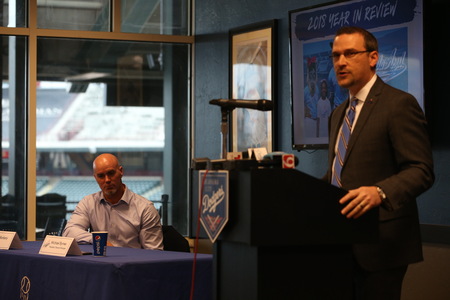 "Without the leadership at City Hall and the citizens of Oklahoma City casting their votes, none of this is possible," said OKC Dodgers President/General Manager Michael Byrnes. "We are so fortunate to have this level of extraordinary community support committed to investing in itself."

The improvements are highlighted by a complete field renovation of the playing surface at Chickasaw Bricktown Ballpark, which has been ongoing since October. After hosting over 1,500 baseball games and other events on the turf since the ballpark opened in 1998, approximately 13 million pounds of sod, dirt, and other materials have been removed from the 120,000 square-foot field. The new sod, totaling 95,000 square feet, is currently growing on a farm in Tiago, Texas and is scheduled to be installed in early March.

The project includes a completely new irrigation system as well, which will feature a series of water reclamation tanks buried under the warning track with a combined capacity of 30,000 gallons. As a result, the new system will be able to save approximately 1.9 million gallons of water annually. Additionally, the new playing surface will be able to drain 24 inches of water per hour. 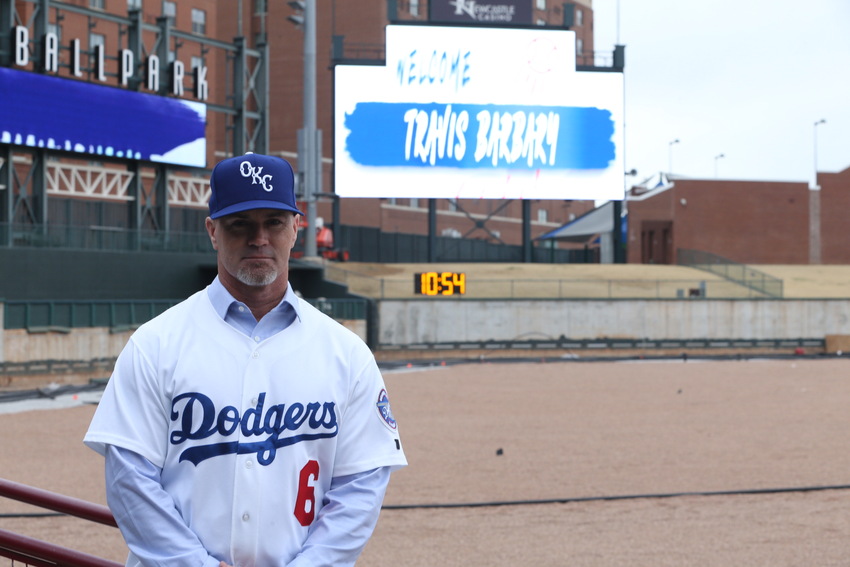 From the lowest point of Chickasaw Bricktown Ballpark to the highest, another major improvement is a completely new lighting system. All six of the light stanchions in the facility will be replaced with a state-of-the-art SportsCluster SystemTM produced by Musco Lighting, featuring LED light sources.

Musco Lighting is considered the preeminent purveyor in sports lighting and has installed similar systems in six Major League ballparks and 14 additional Minor League ballparks. Not only will the new lighting system provide better clarity for players and fans, but it will also reduce energy consumption up to 80 percent. Four of the six light stanchions have already been replaced, with the remaining two to be completed in the near future.

"Between the new playing surface and new lights, we truly feel our players will have one of the best environments to perform across Minor League Baseball," said Byrnes.

The OKC Dodgers are also in the process of converting a portion of the seating area adjacent to first base into a new hospitality space - the Baseline Patio. Placed near the top of Section 115, the Baseline Patio will accommodate groups of 30-50 people with all-inclusive food and beverage packages. The area will also be furnished with new décor, including 4Topps mesh seating, high-top tables and multi-person lounge benches with built-in beverage holders.

"One of the biggest trends in sports business over the last few years has been adding multiple group and hospitality spaces within a venue," said Byrnes. "With the success of our Budweiser Deck, Oklahoma Fidelity Bank Club and Legends Lounge, the demand is present to add another similar space."

In conjunction with Minor League Baseball, the OKC Dodgers are one of 26 teams that will install new smart screens along the concourse from ISM Connect as part of the Allegiant Airline Network. Chickasaw Bricktown Ballpark will have a total of 14 screens, which have the ability to offer team facts, trivia, social media engagement and more. The smart screens can be integrated with each fan's individual mobile device, and each monitor is outfitted with smart cameras to intake fan demographics and adjust the ballpark experience based on that information in real time.

Other projects have already been completed or are nearing completion. Earlier this offseason, the stairs to the Oklahoma Sports Hall of Fame within Mickey Mantle Plaza were replaced, and the entire roof at Chickasaw Bricktown Ballpark was resealed. Various HVAC and plumbing projects are ongoing as part of a series of multi-year improvements.

Dodgers fans will be able to get a first look at some of the ballpark improvements during the team's annual Fan Fest, scheduled for Saturday, March 16.

The OKC Dodgers open the 2019 season at Chickasaw Bricktown Ballpark Thursday, April 4 against the San Antonio Missions. Ticket packages and group outings throughout the 2019 season are now available and can be reserved by calling (405) 218-2182 or visiting okcdodgers.com.