OKC is making all the best lists 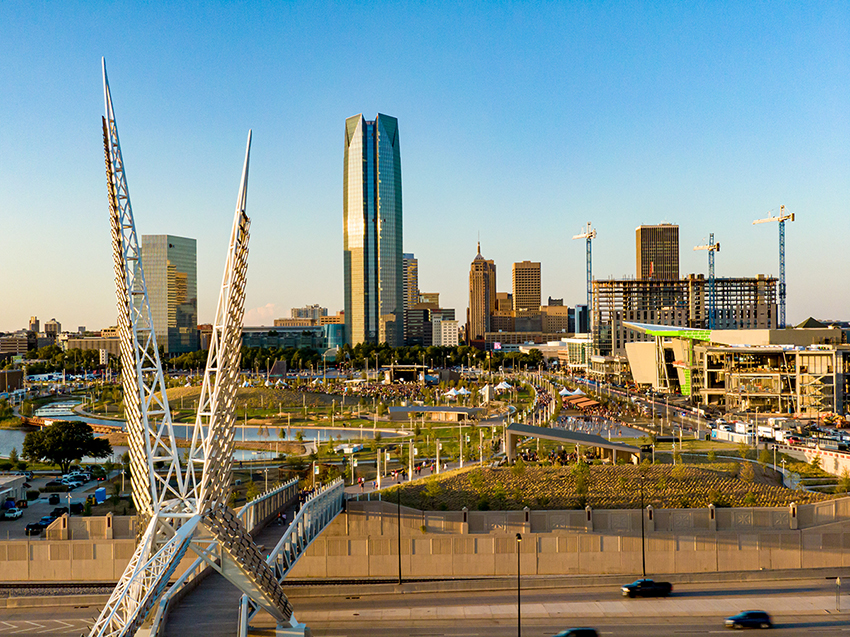 We know you’ve grown to love OKC, but you’re not the only one. The city is continuing to catch the attention of some big names. Most recently, “Travel + Leisure” listed Oklahoma City as one of its 50 places to travel in 2020. We’re on the same list as international cities, such as Addis Adaba in Ethiopia and Beijing, China. Other U.S. cities on the list include Ashville, North Carolina, Boston and Big Island, Hawaii. There are more international destinations than U.S, so we’re definitely excited to make the cut.

As if that wasn’t awesome enough, the Today Show hosted a segment with “Travel + Leisure” Editor-in Chief Jaqui Gifford, who shared some of the list with the TV audience. OKC was the first place she mentioned. Give the video a watch and share with your friends and family on your social media so they can see what’s so incredible about your new city.

While we always like when people come to visit, we especially love when companies move their operations here. In October, we were commended for our accessibility in that area as well by Arizona State University in its first Doing Business North America study. The cities are ranked by a score given to them after calculating how they fare in core variables such as their ease of starting a business, handling taxes, employing workers and more.

Oklahoma City tops the list with an incredible score of 85.22. To put into perspective how great that is, the no. 2 city, Arlington, VA, has a score of 84.41, and the no.3 city, Sioux Falls, SD, has a score of 84.24. Oklahoma City remained in the top 25 for all six of the study’s categories used to calculate the overall scores, and was even in the top 15 in three of those six (employing workers, registering property, and resolving insolvency).

To keep up with all the city’s accolades, be sure to subscribe to the VeloCityOKC e-mail and check back on The Better Life website.