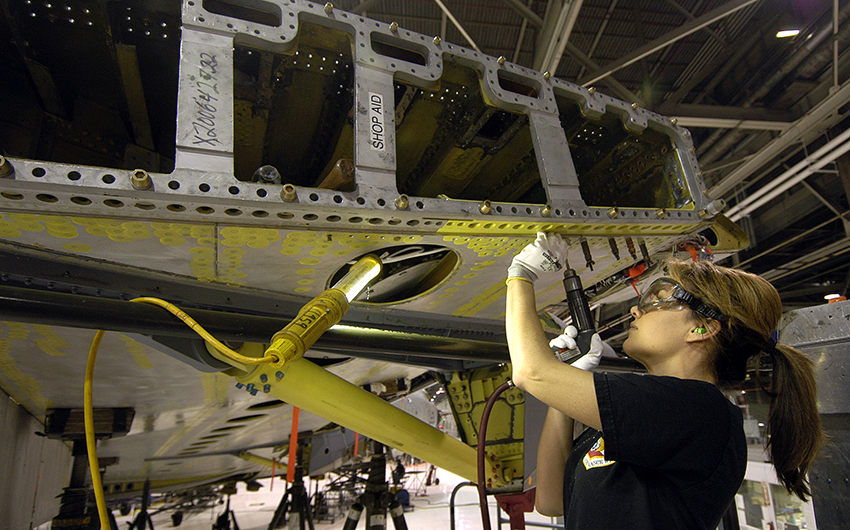 While energy jobs are important to our local economy, most newcomers (and even some longtime residents) are shocked to learn that energy jobs make up only 3.5 percent of Oklahoma City’s employment base. The diversity of our local economy and the size of sectors such as aerospace and bioscience are a surprise to most. Here are some of the sectors having a big impact on our region’s economic health:

Biotechnology
With the Oklahoma Health Center just north (east?) of downtown, Oklahoma City has long been a hub of biotech research. In recent years, Oklahoma City’s own research institutions have made significant advances in the fields of Alzheimer’s disease, rheumatoid arthritis and septicemia, to name a few. Firms in Greater Oklahoma City’s biotech sector boast annual revenues of more than $6.7 billion and employ more than 51,000 workers.

Technology and entrepreneurship
It is no secret that Oklahoma City’s pioneers, both in the past and present, have carried a spirit of entrepreneurship into their business and civic ventures. That spirit is very much alive today in Oklahoma City’s growing entrepreneurship community. From successful tech startups to the inventor’s workbench, OKC is a place where your ideas can get off the ground. (Looking for entrepreneurial resources? Visit www.greateroklahomacity.com [especially the EDIS and LBI tools] and www.i2e.org.).

Energy
Oklahoma City has long been considered a global oil capital, and with good reason. Oklahoma has a rich history of growing successful energy companies and our state Capitol even has a working oil rig on its grounds. But a lot has changed since the early wildcatter days of Oklahoma’s past. Oklahoma energy companies work in petroleum, compressed natural gas, wind power and solar energy, and they use state-of-the-art technology.