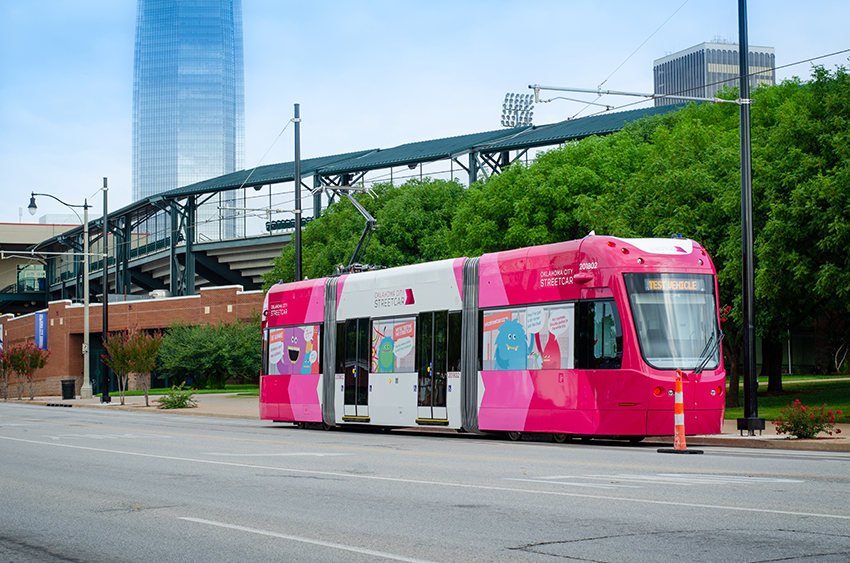 Ding, ding! That’s your signal to get on the streetcar and have a day out. But what to do? We here at VeloCityHQ aim to please, so we’ve taken the liberty of checking out some experiences and ideas to relay to you (again, it’s a tough job and all that). So sit back, relax, and let us take you on a streetcar-based outing extravaganza. For this edition, we’re looking at a local beer taproom crawl (with a winery as well, just to salt-and-pepper the experience).

PRO TIP: Because of the system’s “loop layout,” your closest stop may not always be the one you want to ride to your destination, and if you’re simply making a quick round trip to one location and back, you may not want to get back on at the same stop at which you disembarked. Take note of direction of travel—you may want to walk a block or two to catch a car going in a more time-friendly direction.

PRO TIP #2: Check out the estimated arrival times before leaving a brewery for a stop – you may have time for another quick pour! 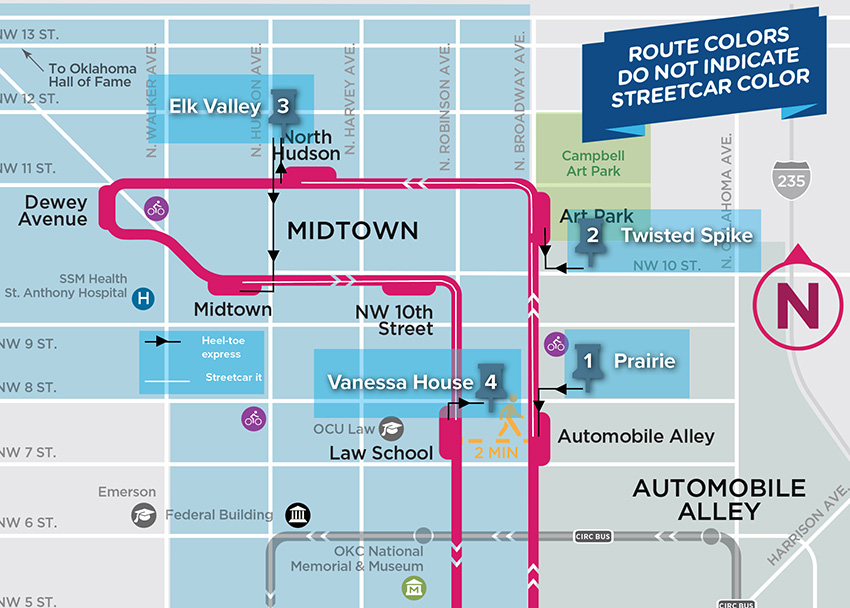 For this crawl, you'll be using the Downtown Loop exclusively. Try a couple stouts or a sour from Prairie’s ever-rotating beer menu (and consider grabbing some fantastic Vietnamese cuisine at Magasin Table while you’re there, just to, you know, prep your stomach a bit). Then, walk back west to Broadway and board the streetcar at the Automobile Alley stop just south of 8th St. (You'll probably want to purchase the $3 day pass either on your phone or just at the platform for this brewery crawl.) Ride north one stop to the Campbell Art Park stop. Walk to your right (south) on Broadway and go left (east) on 10th St. to Twisted Spike Brewery and Tap Room, 1 NE 10th St. (they also have a great Mexican kitchen manned by the folks at Calico Joe’s in case that’s more your speed than Vietnamese).

After that, go back to the Campbell Art Park stop and ride one more stop to the North Hudson stop. Exit and go north (to your right) to Elk Valley Brewing, 1210 N. Hudson Ave. After trying a few of their offerings (our staffers recommend the Magic Juice NEIPA and the Coffee Nemesis imperial stout, as well as whatever’s in the rotating cask), take in a bit of fresh air as you go left (south) on Hudson (passing the stop you just used, yes) until you get to 10th St., where the Midtown stop is just west of Hudson.

From there you’ll ride to the Law School stop (two stops), where you’ll exit and walk to your left (north) to 8th St., then take a right on on 8th street to Vanessa House (118 NW 8th). Cool out there, you street fighter you (we know how you can get after you’ve had a few, bro), with some arcade-style sonic boom, fireball, dragon punch, etc. action, and a tasty 401(k) cream ale or Broken Tile DIPA. Shoryuken!

You’re essentially right across Broadway from where you started now, so you could call it a night, or you could get the streetcar to go north at the Automobile Alley stop and head back into Midtown, but we'd recommend walking back to the Law School stop to streetcar south and hit up Bricktown (ride three stops to the Bricktown stop and get more local craft beer and some fantastic food at Chamber member Bricktown Brewery).

Other options at this point include indulging in a nightcap at Water’s Edge Winery, just south of 7th on the east side of Broadway, or consider grabbing some products from the taprooms you just visited and our other great OKC-based breweries (like Chamber members Anthem and COOP, for example) at Broadway Wine Merchants on the southeast corner of 8th and Broadway to enjoy at home.