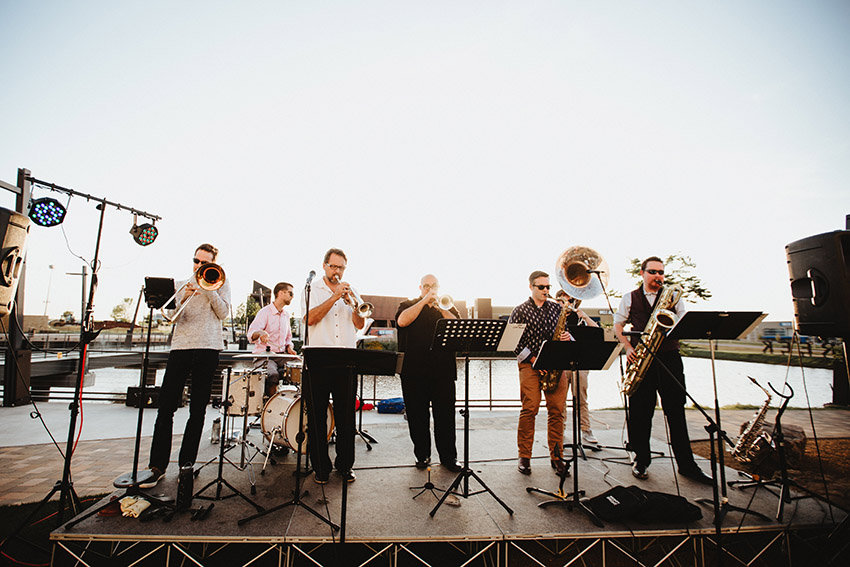 Christian Pearson could have left Oklahoma City. All his friends from Edmond did and took jobs on the east coast.

Pearson even went to New York City so he could pursue his passion of playing piano.

Instead, he stayed here, so he and James Beach could improve the city’s live music industry.

“All I care about is making this the best music scene in the world,” said Pearson. “We genuinely believe what we’re doing is important.”

Pearson and Beech are the founders and operators of OkSessions, a multi-media company that helps get local bands in local venues, which ultimately helps the state thrive as a place for musicians.

The goal with OkSessions is multi-fold, he said. They want to be a hub for musicians who need help getting into venues. But he said they’re also hoping that venues will see them as a way to generate revenue. With OkSessions’ marketing help, the company can generate interest in the band, which brings in more people to the show and helps increase the restaurant or bar’s nightly revenues. He said he and Beech have already seen their work triple a bar’s one-night revenue.

“We spend a lot of time trying to connect with businesses,” Pearson said. “Selling tickets is hard work. As a revenue model, I don’t see charging artists. We spend a lot of time selling our advertising services, sponsorships, and other marketing work. What we’re offering the business is we’ll go get in front of consumers and create something great that will make them want to come out to your business. So far we’ve been successful at that.” 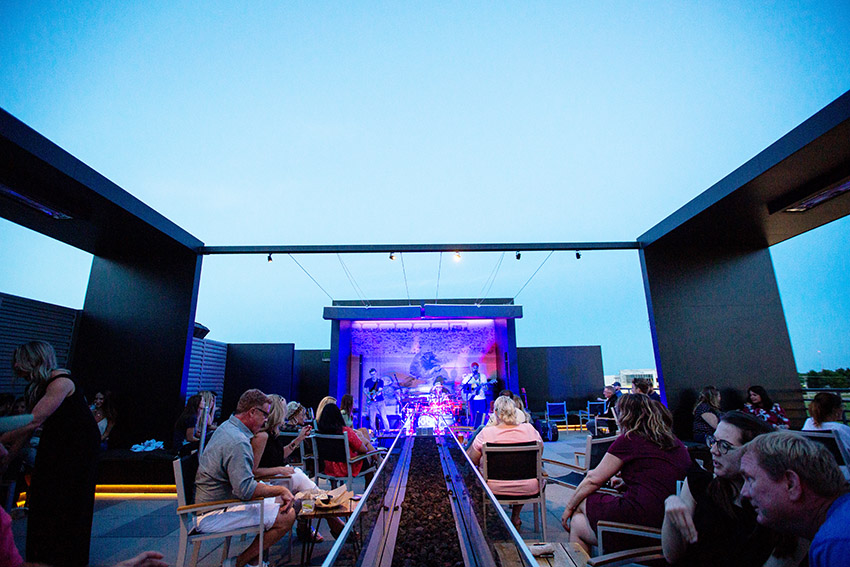 A band plays on the patio at SideCar during the June 11 Rooftop Hop, which featured musicians on roofs in Chisholm Creek. Photo by Alexa Ace.

Pearson has a personal interest in wanting to see the live music industry grow in the city. He’s a pianist and started a jazz jam session in The Plaza District.. The musicians at Saint Sessions are world-class, but they don’t have the marketing around them like the acts that make it to the Chesapeake Energy Arena.

That’s where OkSessions wants to step in and help. Pearson compares it to growing the local food scene. These musicians, like chefs, need marketing around them to show off the incredible food they’re making. And like music, food is something that you enjoy in the moment.

OkSessions wants to offer the audience a good plate, a dependable experience, and marketing to spread the word. That’s why most of the events on their website also have a video so people will know who they’re going to see.

“The commerce of it has a lot less to do with the quality of the art and more of what surrounds it,” he said. “What surrounds the art is what allows local artists to do what they do at a premium.”

OKSession is ultimately a tech startup housed at the startup hub Starspace 46. He and Beech are trying out different tech solutions to make it easier for people to find local music acts, and for music acts to get the marketing help they need. They’re trying about 20 things now, with the hope to create a toolkit for creative types. When he and Beech figure out the formula, then they’ll go into other cities to enhance their live music scenes.

“I think there’s a way that the music industry could be done differently, where there is a lot more money and a lot more focus and a sort of honor and appreciation for the music that’s created in each locale,” he said.

Ultimately, this product could help Oklahoma City’s live music scene excel, putting it ahead of other popular live-music destinations such as Austin or Nashville. This might even help fuel the city’s economic recruitment efforts, he said.

“If you look at any city that’s become a major music city, then all their industries flourish,” he said. “If you create a city that’s not just fun, but is branded as such, people will flock here. Young, smart, people want to live in a cool vibrant place where they feel connected. If we can successfully change the culture and make the city what we want it to be, then people – not just musicians – will flock here. We have so many other advantages. The ground is really fertile.”

Pearson has given himself a four-year timeline to get his goal accomplished. He’s two years into it. If OkSessions hasn’t made much progress in the next two years, he’s leave and go pursue his music career. But he seems optimistic that he won’t have to leave. OkSessions is taking off, he said.

“When we figure out this tool kit and launch it in other cities, it will be the most exciting thing,” he said. “And Oklahoma City would get to be where that came from.”