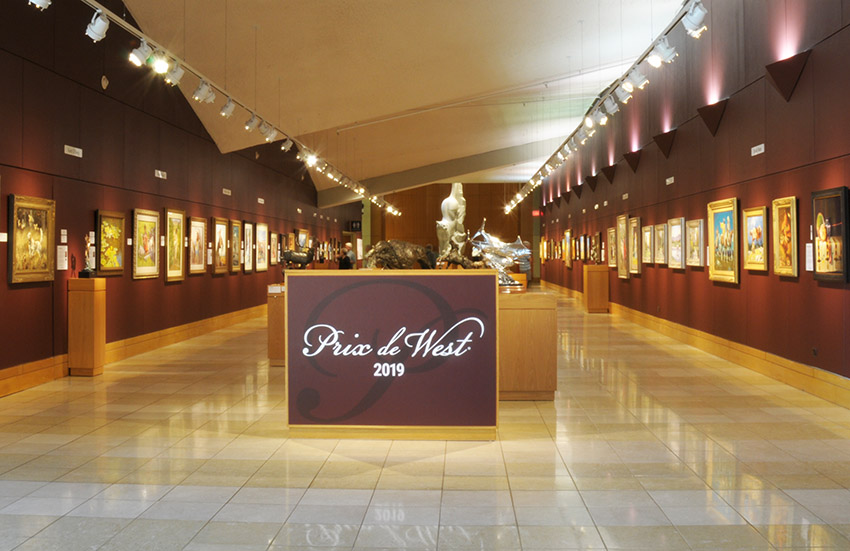 The annual Prix De West art show at the National Cowboy and Western Heritage Museum will come to a close on Aug. 4. 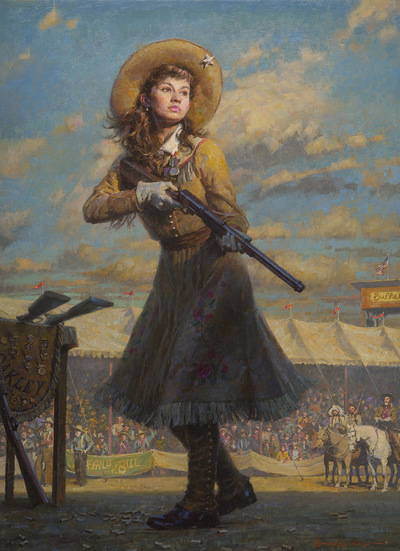 The exhibition features more than 300 paintings and sculptures, created by the finest contemporary Western artists in the nation. The art showcases all aspects of the west, from cattle drives to Native American culture. Other works  include historical subject matter that reflects the early days of the West, to more contemporary and impressionistic artistic expressions. Landscapes, wildlife art and illustrative scenes are showcased in the world-class exhibition.

The show opened June 7 with a sale, though pieces can still be purchased. Visitors can tour the show with paid museum admission. (Our friends at the Oklahoma City Convention and Visitors Bureau have an admission coupon on their site.)

Since the art has been at the museum for more than a month, VeloCity asked the museum staff to share its favorite works.

This was the top pick from Visitor Center Assistant Hope Smashey.

"I love this piece for a variety of reasons," she said. "First, the beautiful contrast of color and light gives this piece a certain nostalgic feel which helps capture the romanticized view of the west. Also, Annie's tentative gaze as she prepares to aim her rifle capture the imagination of the viewer. Not to be forgotten, are the two onlookers just to the right of Annie: Buffalo Bill and Sitting Bull--which adds just the right touch to the setting that the artist seeks to create.” 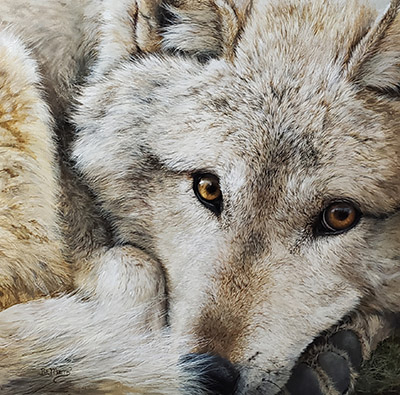 Assistant Preparator Robbie Bowman said she this cozy wolf was her favorite.

“Arctic Soul is my favorite for several reasons," she said. "I see a lot of artwork in the museum, and nobody can paint hair like Bonnie Marris. In addition to her technical skill, she also has an amazing ability to capture an animal’s personality, which almost makes them seem human. Arctic Soul is aptly named, because the viewer seems to see the wolf’s soul through its eyes. I just think it’s a wonderful piece.  Plus, the wolf looks a lot like my dog (which is always a bonus!).” 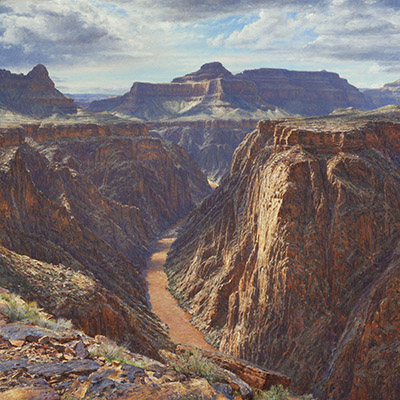 A Chasm of Sublime: Plateau Point by Curt Walters

“This piece stands out to me because of Walters' use of depth, shadows, and light within this landscape painting," he said. "Walters transports the viewer into the picture frame, and it feels as if the viewer is standing at the edge of the Grand Canyon. As the viewer approaches the artwork, they soon notice that they are looking down into the depths of the vast chasms of the Grand Canyon and out toward the endless cloud-filled Arizona horizon. Walters use of light and shadows gives the painting a realistic sunlight effect that reflects off of the cliffs through the overcast sky. One of the most fascinating details for me is the clay-colored river that runs through the center of the gorge. Like the cliffs, the water also reflects the Arizona sun giving the painting almost a photo-realistic effect. Shadows from the high clouds and rocks create depth and interest onto the surface of the river below.  Walters' use of light and shadows is what makes this piece my favorite this year.”