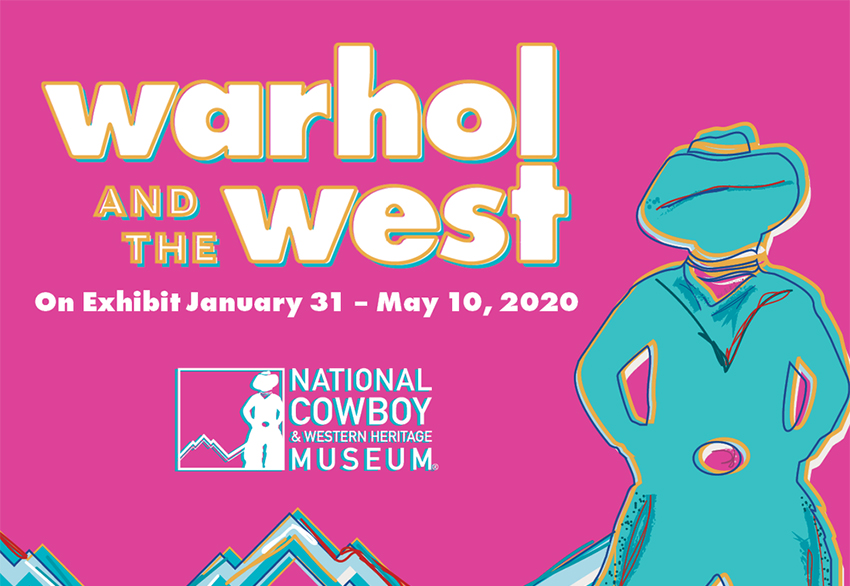 Known fact: Among Andy Warhol’s many famous works is an entire portfolio full of images of Western icons and Native Americans.

In case my point hasn’t gotten across yet, let me say it plainly: Andy Warhol loved cowboys and the Western genre.

And until May 10, you can see his love of cowboys and the West come to life in Warhol and the West at the National Cowboy and Western Heritage Museum.

Originally based on the Master’s thesis of the Booth Western Art Museum’s executive director, Seth Hopkins, this first-of-its-kind exhibition illustrates just how much Warhol was fascinated by the West through Warhol’s “Cowboys and Indians” portfolios—one of the last ones he made before his death—as well as additional prints, source images, items collected by Warhol, and related pieces of memorabilia.

To see this exhibition is nothing short of an incredible opportunity for all fans of either Warhol’s work or Western enthusiasts; it’s considered to be the most comprehensive collection of Andy Warhol’s Western-related art, artifacts and memorabilia. The only other museum this exhibition has been shown at is the Booth Western Art Museum in Georgia. After its time at the National Cowboy and Western Heritage Museum, it will be shown at the Tacoma Art Museum in Washington. After that, its tour will end.

The opportunity to see such a comprehensive collection is very rare, and definitely not something you should miss out on. To help make sure you get the opportunity to see the exhibition, the National Cowboy and Western Heritage Museum is hosting several related events such as (but not limited to) a party, a wine and paint night and a brown bag lunch series.

“The West is such an important part of our identity,” Hopkins said when talking about the exhibition’s debut, “and to see how it is reflected in the work of one of our most important artists is an incredible opportunity.”