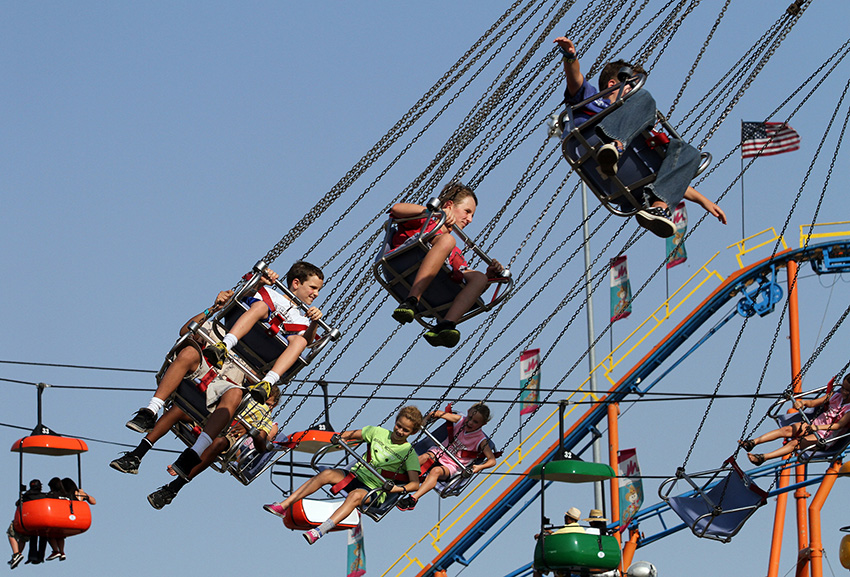 There aren’t many things more inherently Oklahoman than the State Fair—and if you’re reading this on the day it was published, then it means that it starts tomorrow! For the next 10 days, excitement, music, fun and the smell of fried foods are going to be dominating the local air.

In the fair’s early days, its biggest attractions would’ve been horse racing (and, after gambling on horse races was outlawed in 1913, car racing), agricultural showcases, carnival games and vaudeville acts. Today, of course, although some of the fair’s more traditional attractions like the agricultural showcase are still around, the fair has a much more modern flair. Live music performances, bull shows, Disney on Ice and a plethora of food are only some of the biggest attractions you’ll see in 2019’s Oklahoma State Fair. Full schedules can be found on their website.

Speaking of food, it would be remiss of us to not mention arguably the most iconic attraction for all ages at the fair: the food. Vendors that specialize in everything from barbecue to donuts will be in attendance. There’s a full list of vendors and a map of where to find them on the fair’s website. There are entire subsections for things like sweets, bacon, fair favorites, newcomers, and of course, all things deep fried.

Lovers of new experiences (EX: new food, new shows) and more traditional experiences (EX: agricultural shows) of all ages are sure to find more than plenty to do at this year’s Oklahoma State Fair. This year, it runs from Sept. 12 – 22. For info on things like parking, pricing and schedules, check VisitOKC’s website.