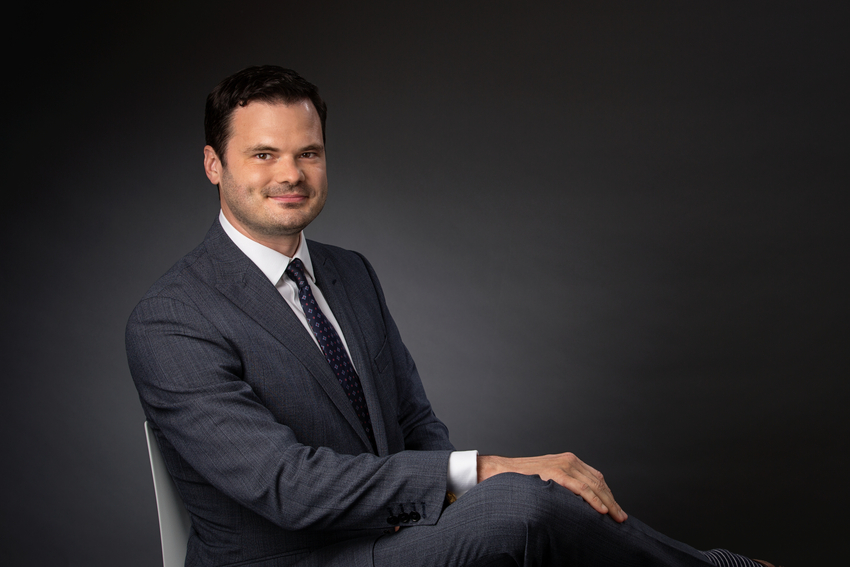 Jeremiah Matthew Davis grew up seeing a bright golden haze cast on his family farm in Skiatook. At the Davis residence off Bunny Hill Road, goats roamed around the old dairy farm and organic vegetables were grown then sold to local restaurants.

When he wasn’t outside helping, he’d sketch around the house. It was a beloved local art teacher, Miss Tipps, who introduced Jeremiah Davis to the industry in which he would eventually work. She taught classes in her Tulsa home and Davis started attending them when he was five years old. The family moved to Tulsa when Davis was young, but kept the farm in Skiatook.

“Art and creativity were really a part of my upbringing and very much supported by my parents,” he said. “So from a young age, I knew that I wanted to pursue a career in art of some kind. And as a younger person, who was interested in music and theater and dance, I knew I’d have to leave as soon as I could.”

He left when he graduated from Booker T. Washington High School where he participated in theater and performing arts.

“I just never saw a place for someone like me in Oklahoma when I was a teenager,” he said.

Despite his teenage premonitions, he returned to the Sooner State.

Davis and the rest of the staff at the Oklahoma Contemporary Arts Center are excitedly awaiting the day they can welcome the public into the organization's new building in Automobile Alley, which has been delayed based on the COVID-19 crisis. The metal-clad building and the Studio School at 11th and Broadway is being seen as the next chapter in the organization’s history.

Getting into this new space and the organization taking on an even larger role in the community is a vision that he’s seen since he took the center’s artistic director position in 2016.

Take a look inside the new Oklahoma Contemporary Arts Center

But the change he certainly didn’t see coming was working in Oklahoma.

“I just didn't see a path creatively for myself as a profession, as a creative arts professional in Oklahoma at the time,” he said. “And so I was inspired to move to another region and experience a different part of the country.”

Davis took off for Bennington College in Vermont. The small liberal arts college in Vermont counts as its alumni actor Peter Dinkelage, impressionist painter Helen Frankenthaler and actress Melissa Rosenberg, among many others in a variety of arts positions. He pursued an education in theatre and social psychology and international relations. While he faced a lot of questions about life in Oklahoma, he enjoyed his time on the east coast and stayed for years after college.

Yet before he settled into New York City, he moved to Istanbul, Turkey where he taught English and assistant coached boys basketball. He also started a drama program that’s still occurring.

Making it in the arts industry

He moved back to the U.S. to attend graduate school at Columbia University. He worked on several theater and performing arts-related projects, and in New York City, there are plenty of opportunities for both. He taught theater, film and theater history and related classes at Tom Todoroff Studio and he worked with the Woodshed Collective, an immersive theater company. He still serves on their board of advisors.

While at the Woodshed, he would gain the training and knowledge that would help him in his role at the Oklahoma Contemporary Arts Center. Woodshed coordinated performances around New York City in a variety of spaces, from the subway to a 400-year-old building.

“I got really interested in making work that combined different disciplines,” he said. “So we would look at what does it take to partner with visual arts, musicians, performers, actors, dancers, and designers to create inhabitable environments that you can activate with narrative and performance. We started doing multiple projects, developing some that never worked out, developing others that went on to have quite impressive lives. I worked on the early development for the musical ‘K-Pop.’”

The show won the 2018 Lucille Lortel Award for Outstanding Musical. Audience members traveled through different New York Theaters as they learned about the many facets of K-pop music, production and stardom.

Looking again at his home state

Oklahoma started coming back on Davis’ radar in 2008, when the recession hit – and it hit New York City hard. No one was making new productions and theater companies were closing. Davis heard from his Oklahoma friends about how great things were in the Sooner State, while in the meantime he was trying to make sure he had the money to pay rent.

He found work as a stage hand and a teacher. He traveled some with “K-Pop” in 2013. In 2014, he married his then-girlfriend, Annie Holt, who was a professor at Columbia and was looking for a tenured-track position. She found the artistic director position listed and recommended it to Davis.

The center was seeking someone with a diverse array of arts experiences. From drawing on sketchbooks in Skiatook to creating and coordinating performances in New York City subways, Davis knew he had the background they were seeking.

But he was hesitant about applying, he said, since he didn’t know anyone at the organization. He called some friends and asked their opinion. That’s when he learned about one of Oklahoma’s best assets – everyone gets a shot.

“My friends were like ‘if you’re qualified, then you’re going to get an interview. Just apply. You don’t have to know somebody. It’s not like that here,’” he said. “I had suffered under the delusions that only nepotism got people hired.”

Coming home with a mission

“Keesee was really excited when they found me with my background and that I had come from Oklahoma,” Davis said. “They had faced difficulties finding the right person. But I was blown away with what I saw in Oklahoma City in 2015.”

Oklahoma Contemporary Board Treasurer Robert Clements has been friends with Keesee for more than 20 years. When Keesee recommended Davis for the job, Clements said he agreed that he was a good addition to staff. Clements is the executive vice president of Clements Foods Co.

“I was glad when he decided he wanted to come back to Oklahoma because he could see all the things we have going on here,” he said. “One thing I like about Jeremiah is that he understands numbers and that’s not always the case with people involved in the arts. He has a great combination of both the artistic sense and the financial sense.”

Board Member Melissa Scaramucci said she’s a big fan of Davis. She’s also on the board for the Oklahoma City Philharmonic Orchestra and the Oklahoma City Ballet. She was previously the programming director for the deadCenter Film Festival.

“I love what (Davis is) doing with the performance spaces and having a real clear artistic vision in terms of moving the Contemporary forward. He’s the best person to be an advocate for that,” she said.

She said she thinks it’s important for the center to have an Oklahoman in his position.

“I think that Oklahoma is the perfect place for a contemporary arts organization and having an Oklahoman lead it is key,” she said. “Oklahomans are always changing, evolving and re-identifying themselves in a way that other states are not. We’re shape shifters. So as the needs of our citizens rise, we need someone to lead that group in a way that our residents are asking for. There’s no better person than Jeremiah to do that.”

“What has struck me most about Jeremiah is he’s really good at making you feel like you’ve been friends a long time,” he said. “He’s a great respectful counterpart and partner. I’ve been fortunate to have good artistic partners in my career. Every decision is a business decision and an art decision.”

He said Davis has returned at what is a tipping point not only for the city but for the organization as well.

“I think now, on the whole, the arts community is as strong as I’ve ever seen it in the 30-plus years I’ve been working here,” Walker said. “There’s no organization on the brink. Everyone seems to be doing well on the whole, which is a great indicator for our community.”

And that arts scene is expected to flourish with the opportunities and classes available at the Oklahoma Contemporary. In the new, illuminating space, Davis’ personal mission is helping young people understand there is an arts scene in their hometown. He helped create a Teen Council and the center is offering early childhood classes as well.

“I think it's been an inspiration for me to see the way that the culture has developed in the state at large, including some rural areas in small towns, such as Miami, Tahlequah and even in Skiatook,” he said. “But I was also excited to be able to come back and create opportunities for young people that weren't available to me when I was here. That is one of the most exciting parts of the job.”