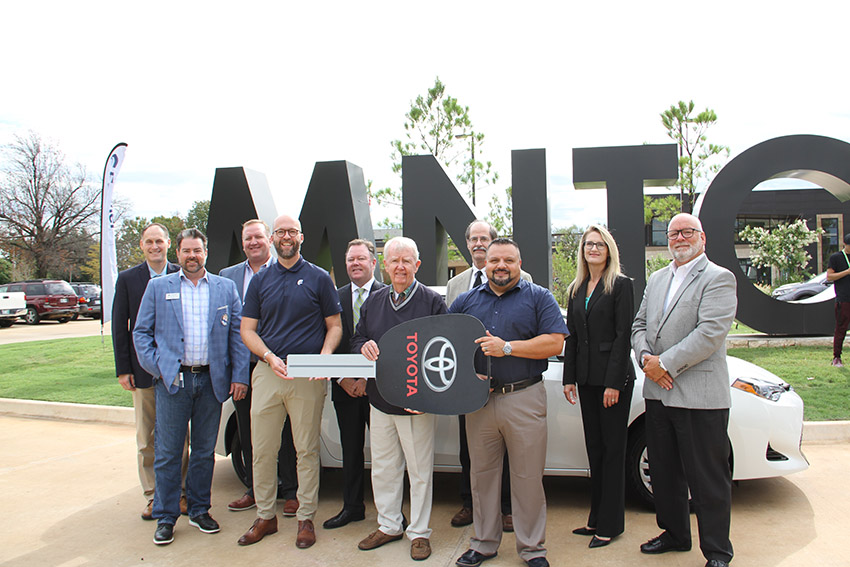 Fowler Toyota donated at 2017 Corolla to the program, making it the newest-model vehicle in the school's fleet and the sixth vehicle made after 2010. The students can also get their hands on a 2012 Ford Fusion, 2013 Chevrolet Impala, 2014 Ford Focus, 2015 Honda Civic and a 2015 Dodge Challenger.

MNTC Superintendent Brian Ruttman said this donation fits with the school's vision, which is to be a place where education, business and the community work together to create an elevated economy. Improving the economy happens when people can get jobs. Automotive Program Instructor Lee Dow wants to help his students get jobs by making sure they know how to work on the most modern cars. MNTC has about 100 students total in the first and second-year classes, Dow said.

"The vehicles are the most important learning tools we have," Dow said.

He meets twice a year with members of his community-based advisory board. Among the more than 80 people on the board are Fowler Holding Co. President Jonathan Fowler, Fowler Toyota's Service Manager Ross Burk and Shop Foreman Larry Capps. The group recommended having an updated fleet be part of the action plan. Having this goal helped the MNTC's program get the vehicle, Dow said.

MNTC students look under the hood at the 2017 Toyota Corolla, given to the school by Fowler Toyota and Gulf States Toyota. The car is the most modern in the school's fleet.

Gulf States Toyota gave the car to Fowler, which was then able to choose the recipient program.  This was Gulf States' 20 vehicle donation, said Robert Trevino, service manager for Gulf States Toyota. The company has 158 dealerships in total, spread across Texas, Oklahoma, Louisiana, Arkansas and Mississippi.

Trevino said not every dealership is getting this opportunity. But Fowler was chosen because of its connection to a training program. Trevino said having that connection between education and in the industry is how its supposed to work.

"Use this vehicle like a training tool. That's exactly what it's for," he said to the students.

Fowler Toyota General Manager Dallas McClary said the dealership has a close connection to the school. When Dow has a student looking for a job, he gives McClary a call. And if McClary has a spot open, he calls Dow.