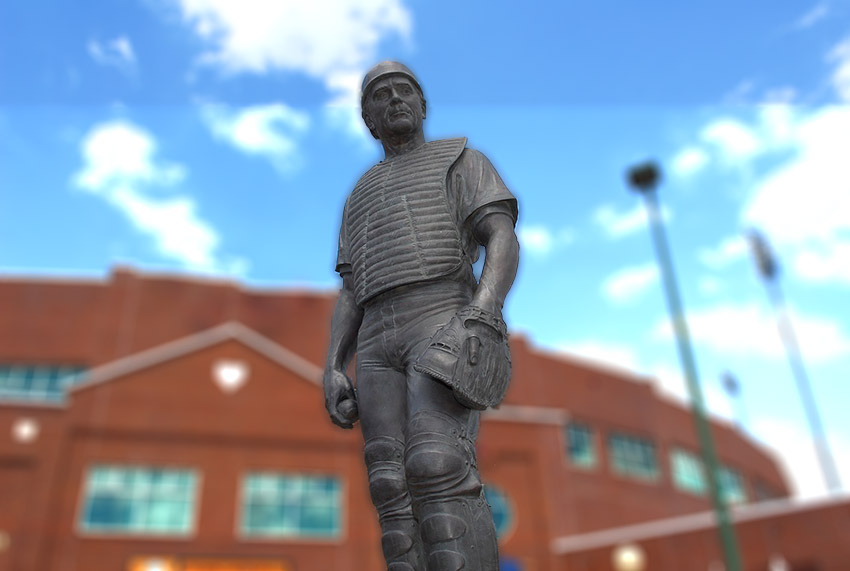 The Dodgers play the Round Rock Express at 7:05 p.m. Saturday at Chickasaw Bricktown during a five-game home series between the teams. Gates open at 6 p.m. and fireworks are scheduled to follow, presented by Dental Depot.

Bench is scheduled to throw out a first pitch prior to the start of Saturday’s OKC Dodgers game. Bench will then join Fruth and Idelson along the Chickasaw Bricktown Ballpark concourse near the OKC Dodgers Team Store to sign copies of the book “Grassroots Baseball: Where Legends Begin.” Copies of the book will be available for purchase in the OKC Dodgers Team Store. The book was published this spring and includes an afterword by Bench.

Prior to Saturday’s game, Bench, Idelson and Fruth will participate in a youth baseball clinic at Chickasaw Bricktown Ballpark, including opening remarks, equipment donation and catch on the field.

Bench was born in Oklahoma City and grew up in Binger, Okla., on the way to his famed 17-year baseball career with the Cincinnati Reds. A statue of Bench stands at the home plate entrance to Chickasaw Bricktown Ballpark near the corner of South Mickey Mantle Drive and Johnny Bench Drive.

Idelson and Fruth founded Grassroots Baseball with the mission of promoting and celebrating the amateur game around the globe, with a focus on growing interest and participation at the youngest levels. The overarching goal of Grassroot Baseball is to give back by providing inspiration, instruction and equipment to help ensure more children have the opportunity to learn, play and enjoy the game. Additional information can be found at www.GrassrootsBaseball.com.

The Grassroots Baseball Route 66 Tour features Hall of Famers and other retired Major League Route 66 stars who will deliver instruction, inspiration and equipment to children in 12 communities across the country, including OKC. As part of the clinic, Grassroots Baseball will donate Rawlings gloves and balls to youth in attendance. Fruth will also be taking photos during the tour for the second book in the series to be titled “Grassroots Baseball: Route 66.”

The series against the Express continues with a doubleheader of two seven-inning games starting at 4:35 p.m. Friday at Chickasaw Bricktown Ballpark. The start of Game 2 will follow approximately 30 minutes after the conclusion of the first game. A Friday game ticket includes admission to both games with fireworks scheduled to follow Game 2, presented by Suntech Heat and Air.

Saturday’s game begins at 7:05 p.m. with fireworks to follow, presented by Dental Depot.

The series then wraps up with a 1:05 p.m. game Sunday afternoon on a Chaparral Energy Family Sunday, featuring family-friendly activities such as pregame player autographs, inflatables, face painting and postgame kids run the bases.

OKC Dodgers game tickets are available through the OKC Dodgers ticket office located on South Mickey Mantle Drive, by phone at (405) 218-2182, or by visiting okcdodgers.com.

Live radio coverage of each game begins 15 minutes before first pitch on AM 1340 "The Game," 1340thegame.com and through the free iHeartRadio or MiLB First Pitch apps.