Heart recipient meets the mother of his young donor

At 43 years old Manny Hardy of Edmond was in seemingly good health. “I never got sick,” he boasts. “Then out of nowhere, I just suddenly started deteriorating.” His wife Kisha agrees, “Manny is the kind of guy who can’t sit still. He’s always moving, always on the go. But then at the beginning of this year, it was like something changed, almost overnight, and he couldn’t even get out of bed.”

After visiting several different doctors, Hardy was eventually referred to the Advanced Cardiac Care Program at INTEGRIS Health. “When I met Manny, he was already in heart failure. His heart was functioning at 5-percent capacity, meaning it could no longer pump efficiently enough to meet the body’s needs,” describes David Nelson, M.D., the Chief of Heart Transplant Medicine at the Nazih Zuhdi Transplant Institute at INTEGRIS Baptist Medical Center.

“His condition had been worsening for months, probably even years,” says Douglas Horstmanshof, M.D., the Co-Director of INTEGRIS Advanced Cardiac Care and the program director of the Heart Failure Institute at INTEGRIS Baptist Medical Center. “But since the rest of his body was in good shape, it was able to make up for the heart deficiency and mask the underlying issue. However, the truth always reveals itself in the end.”

Hardy was put on the heart transplant list the first week of June. INTEGRIS is the only heart transplant program in the state serving patients with heart failure. He received his new heart on June 21, which also happened to be Father’s Day. “I’ve got three kids,” Hardy declares. “It was the best Father’s Day present anyone could have given me.”

Kisha remembers the day well, “We had prayed that Manny would get a transplant, but we always knew in the back of our minds that in order for that to happen a member of another family would have to die. It’s something we never took for granted.” 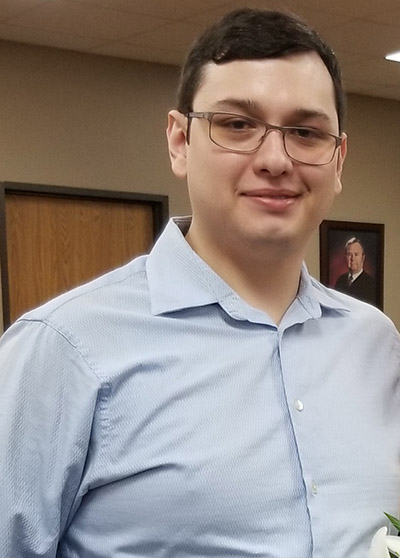 A few hours away in Texas, Jenny Sullivan was grieving the death of her 26-year-old son, Amir Aguilar, killed in an accidental shooting. She respected his wishes and donated his organs. “It was a decision he made when he was just 18 years old,” says Sullivan. “I recall him saying, ‘If I can save one life with my life, I will die happy.’”

Hardy didn’t know it at the time, but he had received Aguilar’s heart. He was actually diagnosed with heart failure on Aguilar’s birthday. A fact Sullivan believes to be much more than just a coincidence. The two families reached out to each other soon after the transplant, which is not the norm. It’s usually recommended that families wait at least a year before trying to connect. But Sullivan wanted to meet the recipients of her son’s organs, especially the person who received his heart. They met face to face for the first time on Sept. 19 in Oklahoma City. She got to listen to her son’s heart beating inside of Hardy. Watch the clip of the emotional meeting from KOCO TV.

“It was painful and beautiful all in the same moment,” admits Sullivan. “When I met Manny, I saw clearly that this was all part of God’s plan and after getting to know him, I know my son’s heart went to a man with a good soul. That brings me great comfort and peace.” 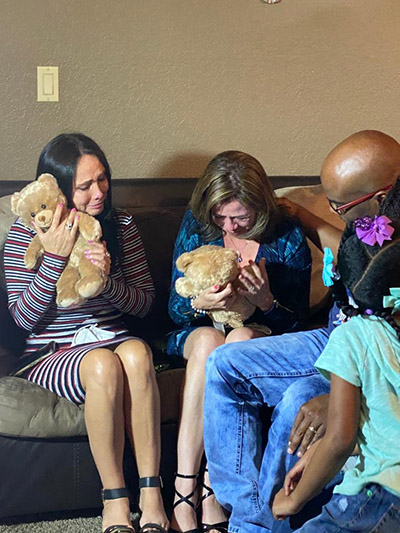 Hardy and his wife made a teddy bear for Sullivan and the team at INTEGRIS helped them record the sound of Aguilar’s heart beating inside of Manny. They gave the bear to Sullivan on her visit.

“It was the very least we could do,” says Kisha. “I mean how do you say thank you to someone for saving your husband’s life amidst the greatest pain they have ever known?” Sullivan says she will cherish the bear forever. “I keep it on my night stand. Now more than ever I am so proud of my son. His life made a difference - and Manny is proof of that.”

Dr. Nelson believes Hardy should have many good years in front of him. “We have patients who are still living 20-30 years after their transplant. Transplantation truly is a modern miracle for many.”

“The truth of the matter is that we do not have enough organs to meet the need,” Dr. Horstmanshof declares. He hopes sharing stories like this will help raise awareness. “If more people made the conscious decision to be organ donors and talked to their family about their wishes, then we could save many more lives – like Manny’s.”

The two families have agreed to keep in touch and continue to foster their newfound relationship – forever bound together through tragedy and triumph.