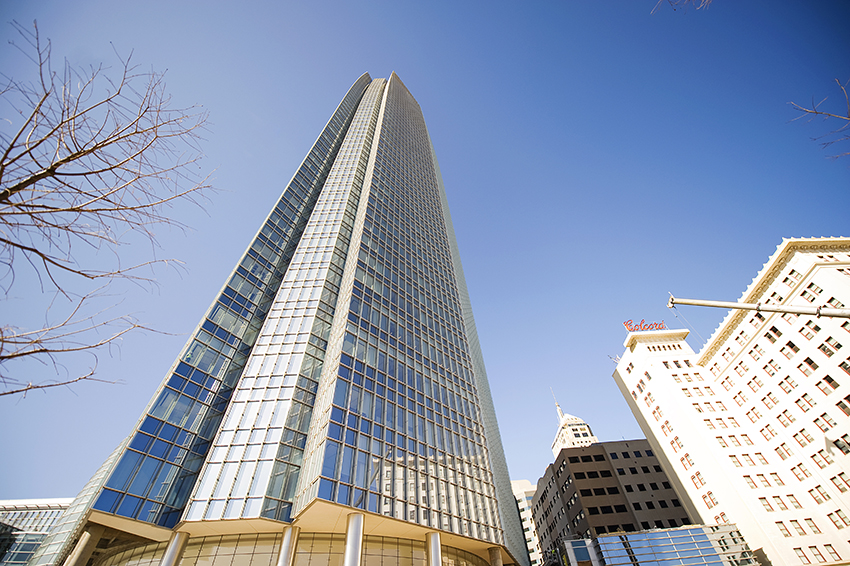 When J. Larry Nichols founded Devon Energy Corporation alongside his father in 1971, other business leaders in the oil and gas industry told him he needed to move to Houston in order to be successful.

“Every year our continued success allowed us to grow and prosper here, so there never was a real convincing need, despite what other people said,” Nichols remembers. “As the city has grown and prospered any thought of moving elsewhere fades into distant memory because of Oklahoma City’s robust image. Each year is bigger and better than the last year.”

Long before Devon Energy occupied the tallest building in Oklahoma, Nichols’ company employed only seven employees when he decided to first get involved in the Chamber.

“At the time, I felt like joining the Chamber was the right thing to do,” Nichols said. “The Chamber has played a major role in a lot of the major issues that go on in this city and in the state. Our company joined the Chamber to know what was going on, to meet other people and to participate in our own meager way.”

Like most business leaders in the 1980s and 1990s, Nichols felt the oil bust deeply and experienced the uptick in momentum when MAPS started changing the landscape of Oklahoma City. But he credits another defining moment with shaping Oklahoma City’s culture: The bombing of the Alfred P. Murrah Federal building in 1995.

“The Oklahoma City bombing was a huge tragedy for Oklahoma City and for our country,” Nichols said. “The city pulled together in a remarkable way of giving and caring that few other cities can do. Oklahoma City handled that tragedy in an effective way that reflected our core values. People just did the right thing.”

As Oklahoma City was in the process of rebuilding, Devon was still growing. Nichols remembers buying companies in the late 1990s and struggling to convince people to relocate to the area.

“They just didn’t want to come,” Nichols said. “Oklahoma City was still coming out of the doldrums, and the downtown did not look very nice. It was exceedingly difficult to get people to relocate.”

Nichols’ time as Chamber chair was marked by the city-changing campaigns that the Chamber successfully ran during that time period, including bond issues benefiting Oklahoma City, OKCPS, Tinker Air Force Base and the Big League City campaign that ultimately allowed the Thunder to call Oklahoma City home.

Now, after two decades of investment and diversification, Nichols has no trouble recruiting people from around the country because of the dramatic transformation of Oklahoma City and its reputation as a city on the rise.

“I think that momentum has been created by a lot of factors: the Oklahoma City Chamber working with the mayor and the city council, and all the business people in Oklahoma City participating in the Chamber,” Nichols said. “It’s in everyone’s best interest to work together to keep the momentum going. It is not a God-given right that Oklahoma City prosper. It’s something that we have the ability to make happen.”

This article originally appeared in the 2016 Annual Report.