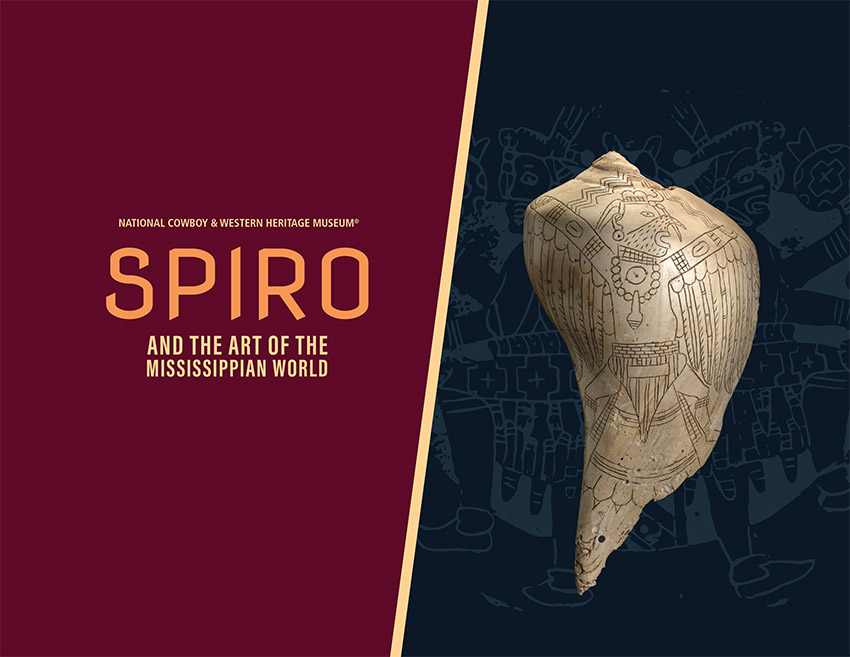 The National Cowboy & Western Heritage Museum is excited to announce that it has been awarded a $200,000 grant from the Henry Luce Foundation to support the exhibition, Spiro and the Art of the Mississippian World and the accompanying publication, Recovering Ancient Spiro: Native American Art, Ritual, and Cosmic Renewal.

The grant has been approved through the Foundation’s American Art Program, which was established in 1982 to support museums, universities and arts organizations in their efforts to advance the understanding and experience of American and Native American visual arts through research, exhibitions, publications and collection projects.

“Here at The Cowboy we are extremely honored to be awarded a Henry Luce Foundation grant in support of our Spiro and the Art of the Mississippian World exhibition and the accompanying publication,” said Museum President & CEO Natalie Shirley. “The uniqueness and vast social importance of Spiro needs to be shared with the world, and the support and generosity of the Henry Luce Foundation will help make that possible.”

The Spiro Mounds in Oklahoma is one of the United States’ most important ancient sites, and this exhibition will be the first major presentation on the Spiro Mounds ever undertaken by a museum. It will share the art, history and culture of the Spiro people from humble beginnings to its rise as one of the most highly developed societies in all of the Americas.

“The Spiro people and their Mississippian peers are nearly forgotten in the pages of history, yet they created one of the most unique civilizations in all the Americas,” said Museum Curator of Ethnology Eric Singleton, Ph.D. “Nearly 90 % of all engraved shell created during the Mississippian period (900 – 1650 AD) came from this one site. This exhibition will include the reunification of a range of items looted and archaeologically excavated at Spiro that have not been together since the early 1930s and 1940s.”

About the Spiro and the Art of the Mississippian World exhibition

Spiro Mounds in LeFlore County, Oklahoma are one of America’s most important, but little-known, ancient cultural and religious centers. Between 1250 and 1400, Spiro became the most significant ancient Mississippian community north of the Valley of Mexico before it was abandoned around 1450. This exhibit will connect the Spiro site and its people to other communities throughout North and Central America, and offer an interpretation into the nature of their community, religious activities, farming and hunting practices, and daily life.  This exhibit will include approximately 200 objects and will debut at the National Cowboy & Western Heritage Museum February 12, 2021- May 16, 2021 before traveling to the Birmingham Museum of Art (October 5, 2021 – March 11, 2022) and then to the Dallas Museum of Art (April 15, 2022 – August 5, 2022).