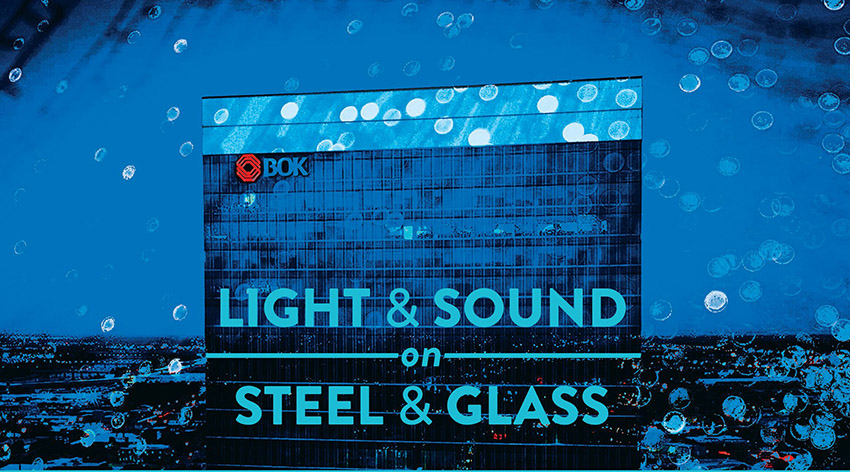 Students from Oklahoma City University’s School of Theatre stage production classes will present their light show project, “Light & Sound on Steel & Glass,” on the BOK Park Plaza building downtown at 7 p.m. Saturday. Each project will be timed to music by OCU’s Bass School of Music composition students for a “multimedia outdoor concert of light and sound,” said the theatre professor who is organizing the project. The public is invited to attend the free concert.

“This project will showcase the collaborations between the composers and designers, including original musical composed for this event and lighting designs utilizing the 244 color-changing LEDs installed in the crown of the BOK Park Plaza,” said theatre lighting design professor Aaron Mooney.

Lighting designers are enrolled in “Museum, Fashion, and Special Event Lighting Design,” an upper-level lighting course. The two-hour program will include music accompaniment specially composed for each display by students in OCU’s Project 21 music composition group. Professor Edward Knight formed the student-led ensemble in 2008 to provide students with an opportunity to produce and present original works.

Audience members can view the show and hear the music from the top level of the parking garage at the southeast corner of Harvey and Park avenues. Enter from Harvey Avenue, press the call button and mention the Oklahoma City University event to security. Parking will be available on levels five through seven.