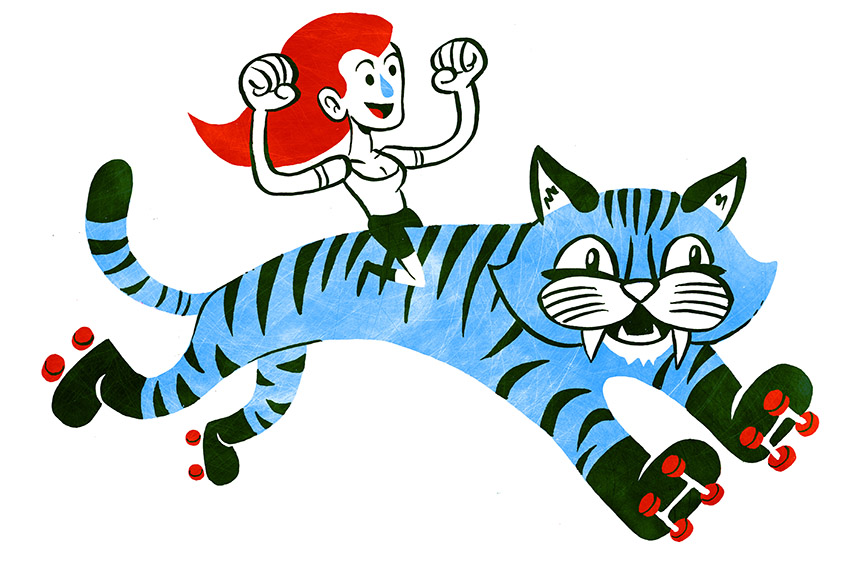 "Live Passionately" is one of amshot's core values.

An Oklahoma City-based technology company was recognized at the national level for its creative advertising collateral. IT services and software development provider amshot won a Silver ADDY Award at the national level of the American Advertising Awards after progressing through both the local- and district-level competitions. The American Advertising Awards receive nearly 35,000 entries at the local level each year and amshot's entry is one of approximately 200 national-level winners.

The American Advertising Awards are designed to "recognize and reward the creative spirit of excellence in advertising," and amshot's entry embodied that creative spirit with the help of Oklahoma City artist Sam Washburn. The entry, titled Elements of amshot, is a series of 58 digital illustrations created by Washburn. Individually, each illustration represents a core value, brand promise, or day-to-day challenge of the company: The "Live passionately" illustration presents a girl excitedly riding on a roller-skating saber-toothed tiger, the "Honesty is the best policy" piece displays a techy happily bringing his Abraham Lincoln robot to life, and the "Chasing savings" segment exhibits characters chasing flying dollar bills with butterfly nets. The pieces are illustrated in amshot's color scheme with Washburn's playful style that aligns with amshot's work-hard-play-hard culture and have become a defining piece of amshot's branding and marketing. When the 58 individual illustrations are combined, they become a new piece that represents amshot as a whole—a giant amshot "a," proudly installed in the front lobby of the office. 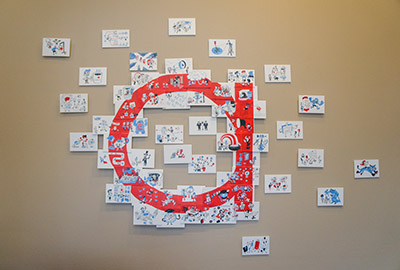 "It's a huge honor and a lifelong dream of mine," said amshot CEO Michael Thomas. "We're really proud to be recognized among big names and two other very talented Oklahoma companies." The other Oklahoma-based recipients of a 2019 National ADDY Award include art-centric publication ArtDesk and advertising agency Robot House Creative.

“One of amshot’s core values is ‘Live Passionately,’ so we try to put that into practice in everything we do—whether it’s providing high-quality IT services to our clients or developing our marketing. It’s exciting to be recognized for both,” said Thomas. In addition to their recent marketing and advertising awards, amshot was also named Best IT Outsourcing Firm in The Journal Record's 2019 Reader Rankings and recognized as one of the 50 fastest-growing companies in the Oklahoma City metropolitan area by the Greater Oklahoma City Chamber’s Metro 50 Awards.