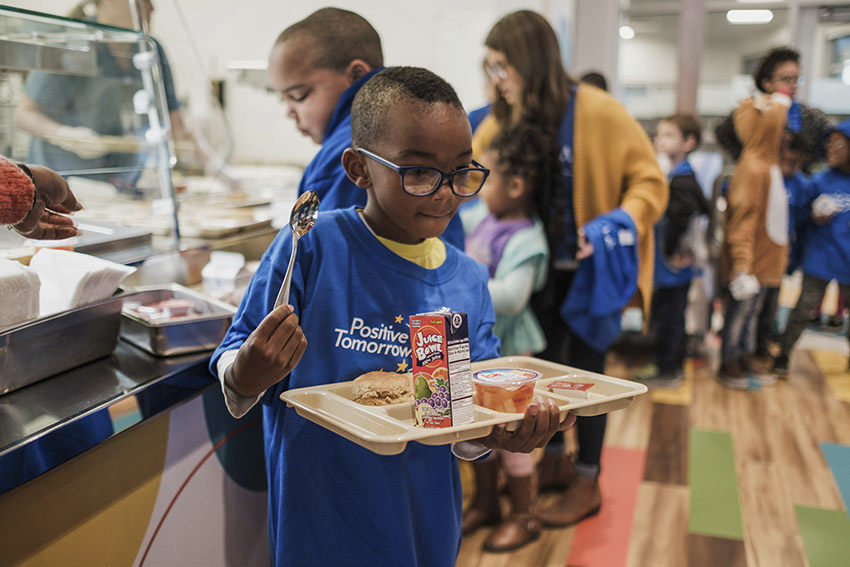 Positive Tomorrows is one of three nonprofit organizations that will benefit from a Kia Motors America donation campaign based on the Super Bowl Game.

Positive Tomorrows is a nonprofit social services agency with a private school for children experiencing homelessness. The organization also offers a range of family support services to parents of students.

With its Yards Against Homelessness campaign, Kia is pledging a $1,000 donation for every yard gained in the Super Bowl, which will be divided among the three benefactors. Besides Positive Tomorrows, Covenant House and Georgia-based StandUp for Kids will earn money as well.

While every nonprofit needs more money to expand its work, Positive Tomorrows is trying to increase its budget so it can serve an even larger number of students. The agency moved into a new school in December and will able to serve three times the amount of students it served in the past.

People are welcome to contribute to the amount that will be donated as well by texting to give. By texting HOME to 41444, people can help children nationwide that are experiencing homelessness and some of that money will come back to Oklahoma City. The text-to-give number will be live through Feb. 16.

Kia’s commercial during the Super Bowl also has an Oklahoma tie. Tulsa native and McClain High School graduate Josh Jacobs persevered through facing homelessness himself to being the 24th overall selection in the 2019 NFL draft. He’s a running back for the Las Vegas Raiders and even bought his father a home in January.

“Given the struggles I faced growing up and Kia’s commitment to helping put an end to the homeless crisis facing America’s youth, it was an easy yes when I was asked to participate in the campaign,” said Jacobs. “Now I ask that people nationwide join us and pledge whatever they can to help put an end to the epidemic of youth homelessness.”