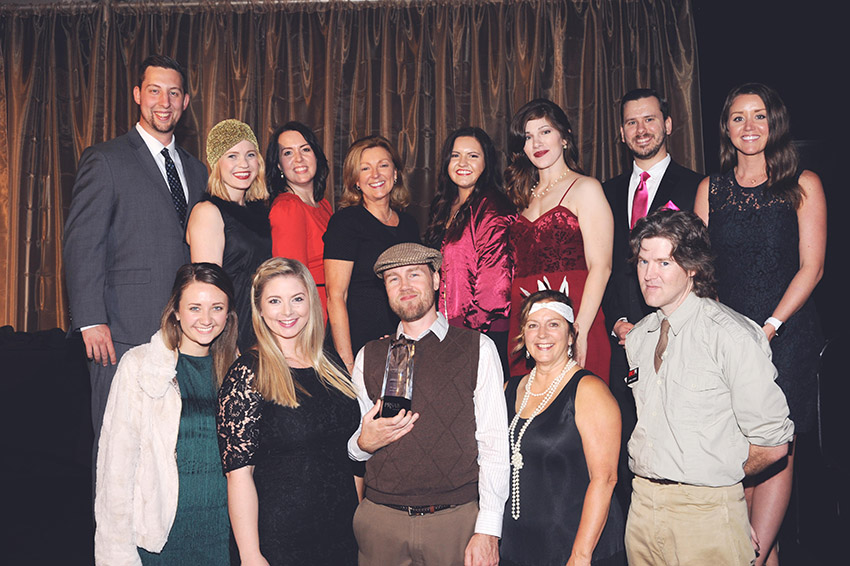 “Recommended by several of Jones PR’s clients, this honor recognizes an agency hitting it out of the ballpark across the public relations and communications industry,” said Erin Engelke, president-elect of PRSA.  The Agency of the Year Award is based on exceptional work product, a culture of professional growth opportunities, team leadership and community impact.

In addition to being selected Agency of the Year, Jones PR won the Best of Show Award, which is presented to one campaign that scored the highest among all categories.  Judges for the 2019 Upper Case Awards were from the Seattle chapter of PRSA.

“Our clients motivate us every day to do our best for them and for Oklahoma,” said Jones PR President and CEO Brenda Jones Barwick, APR. “As a team committed to our clients, we are honored that our work and commitment to the industry and the community is recognized by our peers.”

Jones PR was formed in 2001 and has grown into a leading national integrated communications and public affairs agency. The agency is a global partner in PROI Worldwide, the largest partnership of independent PR firms in the world spanning 120 cities on five continents. The agency has won multiple global and national awards, including the Gold Lion Award at Cannes International Festival of Creativity and Silver and Bronze Anvil Awards from Public Relations Society of America.  The agency is listed in the Inc. 5000 Fastest Growing Private Companies in America in five consecutive years. Jones PR provides a full range of marketing services for national and Oklahoma corporations and associations. Visit www.jones.pr.