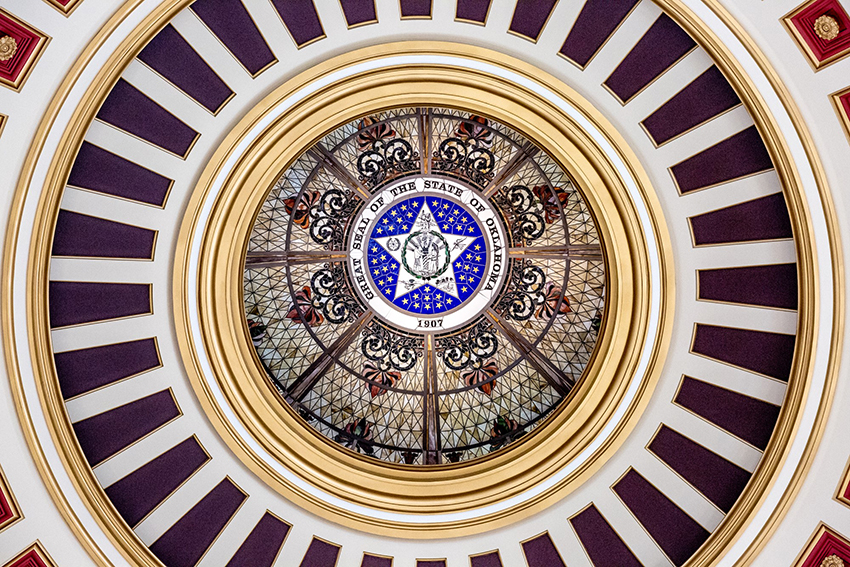 The 2020 Legislative Session, after being severely impacted by the COVID-19 global health pandemic, will officially adjourn Sine Die on Friday, May 29. In retrospect, the session can be viewed as occurring in three distinct phases:

• Feb. 3 through mid-March - the period prior to the coronavirus infecting lawmakers and staff at the Capitol, when it was business as usual;

• March 23 through May 4 - the period during which the legislature met only twice and the public, including lobbyists, could not enter the Capitol; and,

• May 4 through May 29 - a sprint to the finish line when the budget and only a limited number of policy bills were considered/enacted.

The budget process was strained by a steep decline in state revenues due to the combined impact of the economic lockdown and a historic collapse of oil prices. This ultimately led to a budget impasse between the legislature and governor which resulted in the legislature passing a budget, the governor vetoing it, and the legislature overriding the governor's veto. During the shortened session, only 176 bills were passed (out of approximately 4,500). The Chamber maintained frequent contact with legislators in an ultimately successful effort to ensure two of our priority bills were considered. These bills, one involving an incentive for the development of software/cyber security engineers and the other addressing the payment of legal judgments against the newly formed Oklahoma County Jail Trust, were passed by the Legislature and signed into law by Gov. Stitt. The following is a report on the highlights of the historic and memorable 2020 legislative session, which ranks among the most abbreviated in state history.

In 2019, the Chamber successfully pursued the creation of an incentive program to develop and retain software engineer/cyber security professionals in Oklahoma. However, following the 2019 session we were made aware of a drafting error that resulted in the omission of 85% of the college degree programs intended to qualify for the incentive. For this workforce development program to be effective, the Chamber pursued legislation to include the primary degrees (computer science, computer engineering) back to the program. Facilitating the development of this sector of the Oklahoma workforce is critical to building an economy with high-paying 21st century jobs. Tinker AFB could presently hire 1,000 software/cyber-security engineers if they were available.

The Chamber would like to thank Sen. Stephanie Bice (R-OKC) and Rep. Scott Fetgatter (R-Okmulgee) for their excellent work on SB 1204, as well as Gov. Stitt, who signed the bill into law on May 18.

The Chamber gained passage of an important measure relating to the Oklahoma County Detention Center (County Jail) during the final week of the session. The Chamber requested legislation on behalf of the newly formed Oklahoma County Criminal Justice Authority (Jail Trust), which will assume financial and operational control of the County Jail on July 1, to allow county commissioners to treat liability judgments against the Jail Trust in the same manner as judgments are currently treated-by placing the judgments on the county tax rolls. HB 2668 by Rep. Mark Lepak (R-Claremore) and Sen. Adam Pugh (R-Edmond) provides this option/ability to county commissioners and the Jail Trust. The legislation was passed 95-4 by the House during the final week of session after being passed the week before by the Senate 45-0. The bill was signed into law by Gov. Stitt on May 20. We would like to thank Rep. Lepak and Sen. Pugh for their successful efforts. We also want to give a special thanks to Oklahoma State Treasurer Randy McDaniel, who postponed legislation he was pursuing on behalf of the Treasurer's office (HB 2668) so the Chamber could insert our Jail Trust language into his bill.

One of the positive outcomes of the shortened session was harmful legislation that did not advance, such as multiple attempts to roll back SQ 780, which was approved by Oklahoma voters in 2016 and reclassified many low-level drug possession and property crimes as misdemeanors (from felonies). Multiple bills were introduced that would have rolled back those important reforms by reinstating felonies for certain drug possession and larceny crimes. The Chamber worked with a broad coalition to oppose those bills, which ultimately failed to advance once the Legislature returned to the Capitol.

Over the past several years, the Chamber has led "Oklahomans for Business and Property Owners' Rights," a coalition of more than 50 businesses, business/economic development associations, educational institutions and law enforcement organizations opposed to the harmful expansion of gun rights in Oklahoma. This session, at least 50 bills proposed the continued expansion of gun rights, including legislation to allow guns on college campuses and legislation to limit the rights of business owners and event hosts to prohibit firearms. As the session came to a close, Oklahomans for Business and Property Owners' Rights was again successful in stopping all legislation that would have negatively impacted the rights of a business owner, event host, or college campus to control firearms. The Chamber would like to thank all members of the coalition for their continued support.

On May 14 and 15, the House and Senate voted to repeal one of the state's premier economic development programs, the five-year ad valorem exemption for new or expanding manufacturing facilities. On May 21, at the request of the Greater Oklahoma City Chamber, the State Chamber and Tulsa Regional Chamber, Gov. Stitt vetoed the legislation (SB 1595). This economic development program is a valuable tool in recruiting new manufacturing operations to locate in Oklahoma and in expanding existing operations. Repealing this program would unilaterally disarm Oklahoma from competing on a level playing field with other states, most all of whom offer this incentive. The Chamber applauds Gov. Stitt for his pro-business veto of SB 1595.

Legislation authored by Senate President Pro Tempore Greg Treat (R-OKC) and Speaker of the House Charles McCall (R-Atoka) provides civil liability immunity to a business if it had safely reopened and was operating in accordance with federal/state regulations, a Presidential or Gubernatorial Executive Order or CDC guidelines at the time of the alleged exposure. SB 1946 passed the House 76-20 and the Senate 34-11 during the final week of session. In addition, SB 1947, also authored by Treat and McCall, provides lawsuit protections to businesses that manufacture or donate materials in response to the COVID-19 crisis. Gov. Stitt signed both bills into law on May 21. The effort to pass this legislation was led by the State Chamber and supported by the Greater Oklahoma City and Tulsa Regional Chambers.

The Chamber worked closely with the Central Oklahoma Regional Transportation Authority (RTA) on legislation (HB 3155/SB 1263) seeking to amend state law to provide liability protection for Class 1 railroads should central Oklahoma decided to pursue the development of passenger rail (Edmond-OKC-Norman). These bills received strong support in the Senate and House (HB 3155 passed by House, SB 1263 passed by Senate). However, due to the shortened session, these bills did not advance through the entire legislative process. Plans are underway to resume efforts to pursue this legislation again next session. We would like to thank Sen. Adam Pugh (R-Edmond), Rep. Ryan Martinez (R-Edmond), RTA leadership (including Chairman and former Governor Brad Henry) and several central Oklahoma cities and chambers of commerce for their help on this legislation.