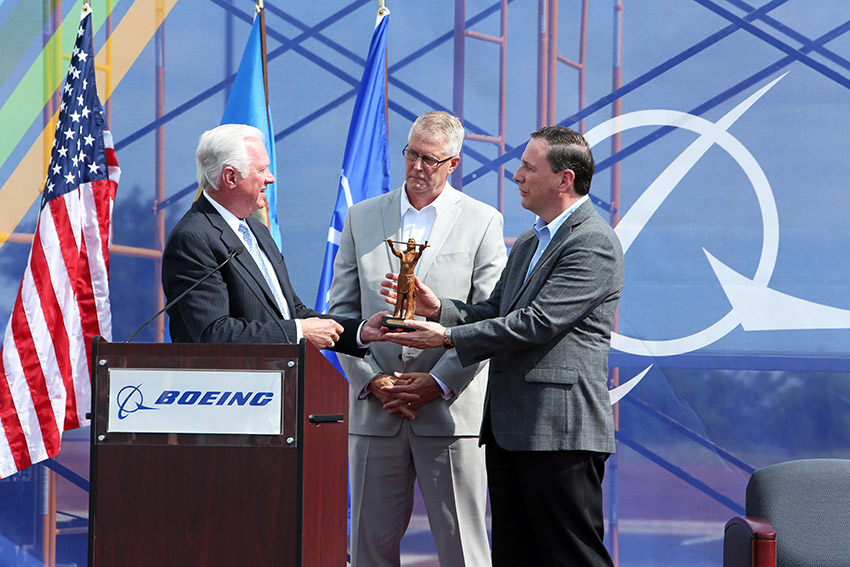 Aerospace is a big industry in Oklahoma in general, and in Greater Oklahoma City specifically. With more than 230 aerospace firms in our region producing more than $4.9 billion in goods and services and employing more than 36,600 of our friends, family and neighbors, it’s clear that aerospace is not only key to economic success and diversification in OKC, but also that it is one of the main industries we rely on for the type of economic support and growth that positively affects the entire region.

No doubt, part of that growth is due to our available, skilled workforce and wealth of historical connections to the industry. But a large part of recent high-impact relocation decisions, like Boeing, SkyWest, Kratos and others, were because of our overall business cost environment, of which certain incentives, like the Quality Jobs Act and the Aerospace Engineer Tax Credit, are certainly a part.

"These incentive programs, including the State’s Quality Jobs and Aerospace Engineer Tax Credit programs, were significant factors in choosing Oklahoma City versus other locations being considered.”

According to Chamber Vice President of Government Relations Mark VanLandingham, “The Boeing Company incorporated available state and local incentive programs into all their recent decisions to move workload and jobs to Oklahoma City.  These incentive programs, including the State’s Quality Jobs Act and the Aerospace Engineer Tax Credit, were significant factors in choosing Oklahoma City versus other locations being considered.”

At times, lawmakers may target certain business incentives as a way to balance budgets or adhere to a political ideology. However, Oklahoma is not unique in the application of these incentives to attract new businesses, jobs and investment (at least 40 states had some form of job creation incentive program as of 2013). Therefore, it is important before these programs are scaled back or repealed entirely, the positive economic impact of the programs be considered.

To that end, the Chamber supports the Oklahoma Incentive Evaluation Commission, which was established to make recommendations to the Legislature and governor on which incentive programs are serving their intended purpose and creating economic/community development.  If an incentive program cannot show a positive return to the state, the Chamber believes it should be scaled-back or repealed.

Both the Quality Jobs Act and the Aerospace Engineer Tax Credits were recently evaluated by the commission, and both were recommended to be retained. Specifically, the commission found that the Aerospace credits were economically “soundly” positive in terms of return on investment, and that “key jobs significantly increased.” Another big positive of this program is that “the number of engineering degrees conferred by accredited Oklahoma colleges increased by 57 percent.”

To maintain and continue to grow our aerospace industry, it is imperative we maintain the tools necessary to do so, especially in the current competitive cost environment. Hamstringing our business case for locating aerospace operations here by scaling back or eliminating incentives that work by returning more than they cost would unnecessarily negatively impact our efforts and the industry as a whole locally.