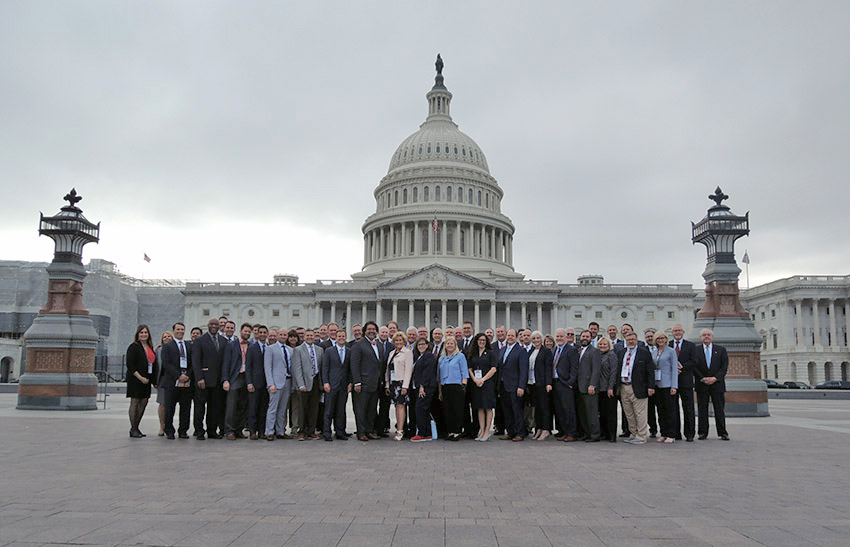 More than 60 members of the Greater Oklahoma City Chamber traveled to Washington, D.C. on May 1st and 2nd to meet with members of Oklahoma’s Congressional delegation, leaders from the Pentagon, and the administration.

Each member of Oklahoma’s delegation briefed the group on current issues on the hill. Topics ranged from the budget to defense issues, immigration and more. Percy Kirk, Cox Communications, Chairman of the Greater Oklahoma City Chamber, said the briefings were eye opening. “Decisions made here in Washington have such an impact on our community,” he said. “It is vital that we stay in close communication with our delegation to ensure our priorities are successful.” 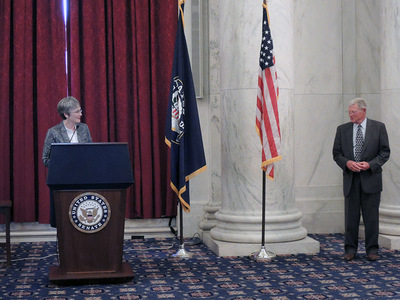 The delegation was hosted by Oklahoma’s senior Senator James Inhofe, who detailed for the delegation efforts to improve military readiness and reinvest in the military. He also discussed reforms at the Veterans Administration and a focus on improving military housing, particularly at Tinker.

“We sent a strong message about our priorities and learned valuable information for our companies and our city.” - Percy Kirk, Cox Communications, Chairman of the Greater Oklahoma City Chamber

Senator James Lankford briefed the group on election security issues and the threat of Russia’s attempts to influence elections in the US and around the world. He went on to discuss the bipartisan cooperation that is occurring in the Senate and the importance of passing a budget rather than relying on continuing resolutions to fund the government. 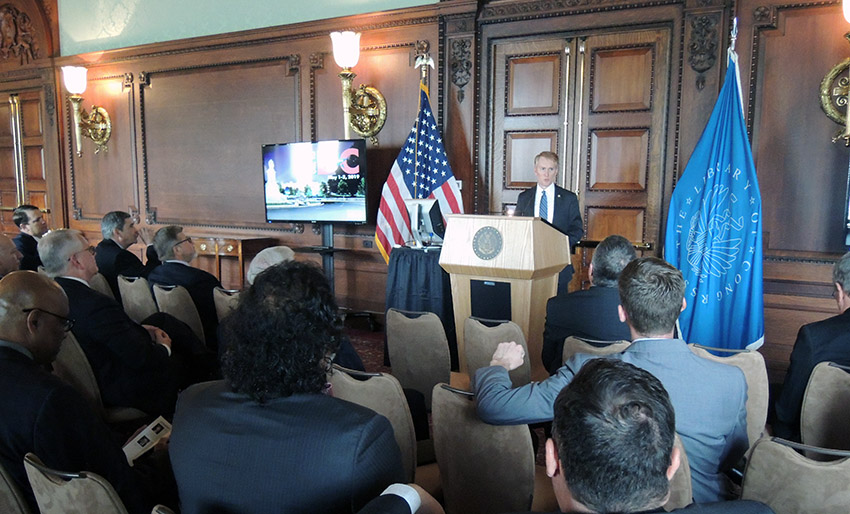 Congressman Tom Cole gave attendees a broader understanding of the changing environment in the House during this session, which began with a government shutdown.  He also shared insight into the appropriation process and the development of a budget.

In addition to the congressional briefings, Senator Inhofe co-hosted a reception with the Chamber featuring leadership from the Pentagon. Air Force Secretary Heather Wilson joined the group. She thanked the community for the partnership with the Air Force. “At Tinker, you don’t just advocate for the base, you DO things for the base,” she said. “You are there with us in a very tangible way.”

The group completed the visit with a series of briefings on issues critical to Oklahoma City. Speakers included FAA secretary of Administrator Dan Elwell, who talked about the importance of the Mike Monroney Aeronautical Center as well as the safety and efficiency of the nation’s air system. 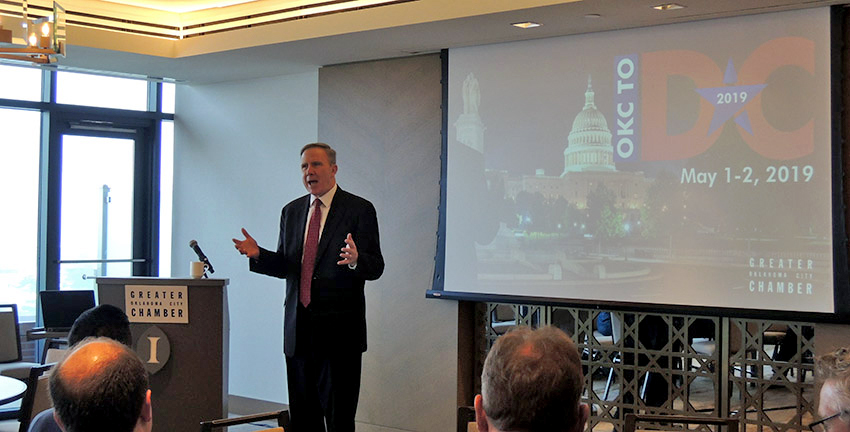 The Assistant Secretary of Defense for Sustainment, Robert McMahon, is the principal logistics official and manages more than $170 billion in operations. He spoke about the relationship between the Oklahoma City community and Tinker, saying, “You have set a standard for others in terms of how a community can support its installation.” He added, “Tinker is a national treasure in what you do and the expertise there.”

Other speakers included Lt. Gen. Veralinn Jamieson, deputy chief of staff for intelligence, surveillance, reconnaissance and cyber effects operations for the US Air Force; Jon Baselice, executive director of immigration policy at the US Chamber of Commerce; and Daniel Lippman, a reporter for Politico and co-author of Politico’s Playbook, a daily newsletter.

Kirk reinforced the value of being in Washington, DC to hear directly from leaders and decision-makers. “These meetings and presentations help us understand the priorities of leadership and how we can better partner to reach Oklahoma City’s goals,” he said. “We sent a strong message about our priorities and learned valuable information for our companies and our city.”