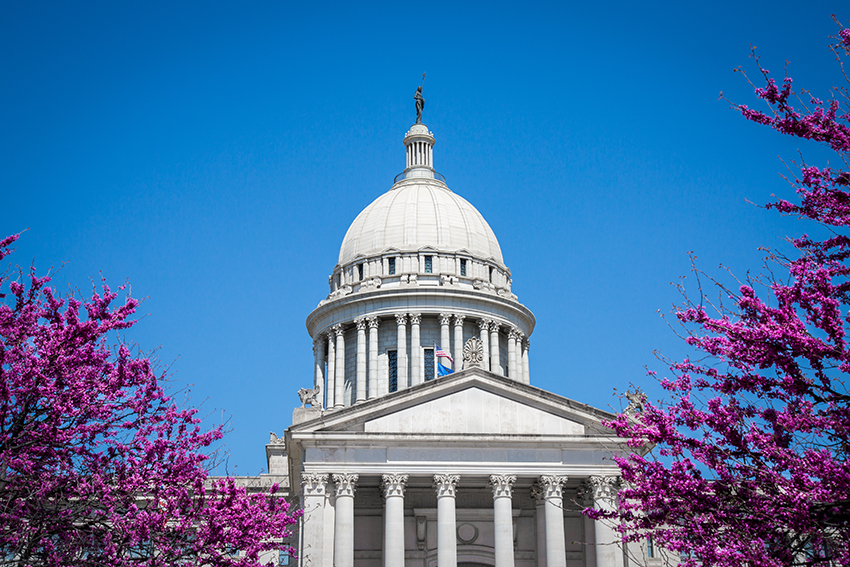 The Chamber recently released its playbook of the public policy priorities it will pursue at the Oklahoma State Capitol this session. Below is an excerpt of the key priorities. Read the full list at OKCChamber.com/legislative.

The Chamber supports retaining and strengthening the state’s premier economic/community development programs which are critical in attracting new businesses to the state, assisting existing companies expand and encouraging investment in communities across the state. Following are the key programs the Chamber will seek to protect:

The Chamber will support efforts to reinstate the Tax Credit for Energy Efficient Homes.

The Chamber supports empowering Oklahoma counties to alter their form of government to meet their unique needs.

The Chamber supports defending and improving the comprehensive workers’ compensation reform legislation enacted during the 2013 session.

The Chamber supports legislation and funding for sentencing reforms and rehabilitation programs to ease the financial drain on Oklahoma’s criminal justice system, lessen the burden on jails and prisons throughout the state and allow non-violent offenders to enter the workforce more quickly.

The Chamber supports the 2nd Amendment to the U.S. Constitution and the responsible expansion of gun-owner’s rights in Oklahoma. However, the Chamber will oppose legislation that would allow open/concealed carry of guns into high-economic impact events (many of which are required by contract to prohibit weapons), including horse shows, the Oklahoma State Fair, Olympic-qualifying events on the Oklahoma River, high school basketball and wrestling tournaments at the State Fairgrounds and NCAA and Big XII sporting events.

The Chamber will oppose legislation that would allow guns to be carried on college campuses.

The Chamber supports protecting the pension reforms which have improved the long-term fiscal condition of the state.

The Chamber will advocate for full funding and timely completion of work on major interchanges located at I-44/I-235 (between NW 63rd and N. 50th streets); I-240/I-35 (Crossroads), I-35/I-44 (Remington Park); I-44/Rt. 66/SH-3 (In vicinity of Lake Hefner Parkway/NW Exp.) and I-44/I-40 (K Interchange/Near State Fairgrounds); as well as necessary improvements to I-40 corridor east of I-35 (Tinker Air Force Base) including expansion of I-40 facility to six lanes from Douglas Boulevard to Shawnee; and future development of I-44 corridor from I-40 to SH-62 (southwest OKC to Newcastle) to better provide for future mobility needs due to ongoing commercial expansion.

The Chamber supports providing adequate annual dedicated funding to implement the ODOT Bridge Improvement Plan to repair or replace all of Oklahoma’s structurally deficient bridges on the state’s highway system by 2020 and further ensure that ODOT is able to maintain a nationally leading bridge improvement program.

The Chamber supports the Oklahoma Turnpike Authority’s (OTA) “Driving Forward” Turnpike Program, and specifically, the following Oklahoma City-area projects: Construction of the Kickapoo Turnpike to link I-40 and I-44 (Turner Turnpike) in eastern Oklahoma County to ease congestion on I-35 and construction of a new southwest extension of the existing John Kilpatrick Turnpike between I-40 and State Highway 152/Airport Road to ease congestion at the I-40/I-44 (K Interchange/Near State Fairgrounds). The Chamber further supports turnpike planning consideration to include widening the Turner Turnpike to six lanes from the current construction at mile post 203 extending west to Oklahoma City.

The Chamber supports implementation of transit programs that will best serve central Oklahoma including the Central Oklahoma Transit and Parking Authority (COTPA) 2005 Fixed Guideway Transit Study and its following components:

The Chamber further supports efforts by the Regional Transit Authority (RTA), consisting of six core central Oklahoma cities, to launch future regional transit services. The Chamber will work with the RTA, ACOG, municipal governments, ODOT and Class 1 railroads to conduct early-stage planning for introducing commuter rail service into downtown Oklahoma City from Norman and Edmond with alternative transportation options to Del City and Midwest City. Further planning consideration should be given to potential future expansion of rail service to the Shawnee and Yukon areas.

The Chamber supports extending health insurance coverage to more Oklahoma residents through pursuit of all available funds to cover the costs of uncompensated care that is currently shifted to employers and health care providers.

The Chamber will support improving outcomes and care delivery for the Medicaid population.

The Chamber supports development of a long-term, strategic plan that will enable improvement in classroom teaching and academic performance. This should include increasing the minimum number of instructional hours, currently 1080 hours, required for a complete school year.

Oklahoma and the nation have a teacher shortage. Oklahoma’s teacher preparation system needs to be improved in order to train, attract and retain high-quality teachers. We support legislation to reward teacher performance and experience; incentivize teachers to work in high priority areas; and grow alternative pathways, such as Teach for America, that enhances the diversity of the teaching profession.

The Oklahoma CareerTech system is acknowledged as one of the top systems in the nation. CareerTech is a key ingredient in attracting industry to Oklahoma through its Training for Industry Program (TIP). The Chamber supports funding to assure training needs for new and existing industry. The business community urges the system to focus on producing a workforce that can meet the needs of high-demand occupations.