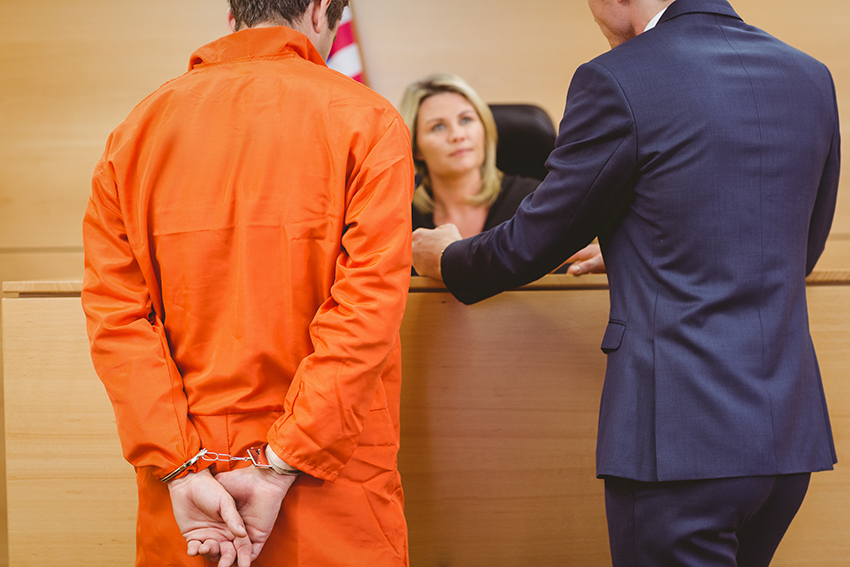 According to the most recent quarterly report released by the Oklahoma County Criminal Justice Advisory Council, the Oklahoma County Detention Center had one of its lowest jail population counts in April, which helped the justice system respond to the threat of COVID-19. The pandemic disrupted justice systems all over the country and Oklahoma County was no different. Just as with other localities nationwide, the players in the OK County justice system sought creative ways to prevent the spread of the virus within the system while also balancing public safety. As a result, the total jail population reached a low of 1,443 in April, which has not been seen in at least two decades.

In comparison, the total jail count on March 31, 2000, was 2,333. Closer to the April 10 recent low, the total jail count on March 31, 1995 was 1,163. As the chart below points out, the jail count total would’ve been even lower if the OK Dept. of Corrections (DOC) would not have suspended their regular process of picking up those jail residents starting their full DOC sentence. The average for DOC inmates in the county jail awaiting pickup for March was 170 and for April was 245, well above the 2019 DOC yearly average of 99.

Equally encouraging was the report in early May from the Oklahoma County Sherriff's Office that the jail stayed COVID-free in all of March and April. Working closely with the Detention Center’s medical provider, Turn Key Health Clinics, the OCSO implemented a response plan to prevent the virus from taking root in the Detention Center.

Because of the significantly reduced jail population leading up to and during the pandemic, the OCSO was able to set aside a total of 100 empty cells in two different pods to handle any potential spread. The 100 cells were also activated to quarantine new arrestees so they would not bring the virus into the general jail population. The 100 cells are in addition to the seven negative air flow cells available in the jail medical unit on the 13th floor used to treat infectious diseases. OCSO and Turn Key Health Clinics are optimistic about expanding the ability to test for the virus in the Detention Center in the very near future based on a partnership with OSU.

Other areas of the justice system adapt to COVID-19

In an effort to protect law enforcement officers and contain potential spread of COVID in their ranks, municipal police departments and OCSO law enforcement encouraged officer discretion in determining whether to employ cite-and-release measures or take someone into physical custody. With regular traffic greatly reduced and traffic stops being a prime source of criminal interdiction, physical arrest interactions also reduced thus impacting the number of people being brought to the Detention Center.

From the Oklahoma Supreme Court and the Oklahoma County District Court to municipal courts, numerous directives and orders were revised in March and April to protect judges, attorneys, court personnel, defendants and service providers, all while keeping court business moving forward. The Court Clerk’s office adjusted procedures to continue to serve county residents while protecting staff and the public.

The District Attorney’s Office and the Public Defender’s Office found ways to consider cases and reach agreements. Service providers like NorthCare, the Diversion Hub, TEEM, and County Court Services switched to video and phone contact with clients to make sure services were delivered and clients could continue their progress to meet pre-trial release conditions. The Homeless Alliance expanded services and set up temporary housing to serve the homeless population which is particularly at risk from the virus. Drug Court/DUI Court switched to virtual procedures to keep the docket moving while also staying in contact with the clients. Despite the pandemic, more than 60 Drug/DUI Court participants “phased up” and 20 more participants graduated.