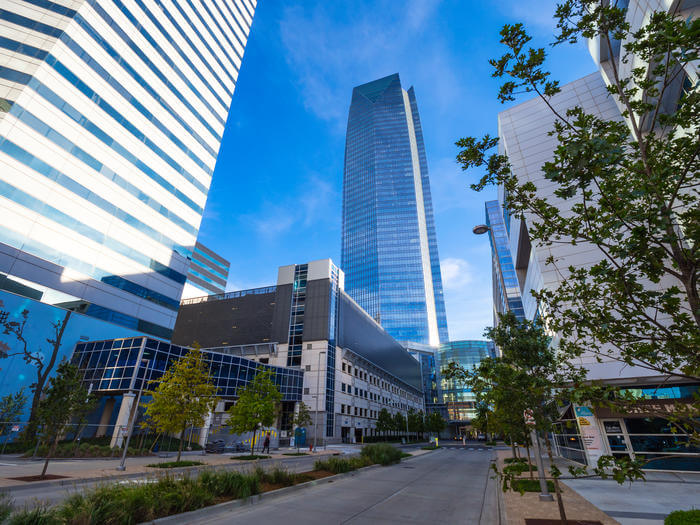 Oklahomans may have the chance to vote on additional criminal justice reforms when they head to the polls later this year. Earlier this month, the Yes on 805 coalition officially filed more than 260,000 signatures with the Oklahoma Secretary of State’s office to place State Question 805--the Criminal History in Sentencing and Sentence Modification Initiative--on the November ballot.

Under current Oklahoma law, individuals with one or more prior convictions can face sentence penalties that stack years, decades and even life in prison on top of other prison sentences. The initiative would end that practice for nonviolent offenses and would provide for sentence modifications for eligible persons.

State Question 805 is a response to Oklahoma’s unsustainable incarceration crisis, which the Yes on 805 group claims is partially driven by harsh and extreme sentences. According to data provided on the Yeson805.com website, Oklahomans are incarcerated roughly 70 percent longer for property crimes and 79 percent longer for drug crimes when compared to the rest of the nation.

The website states “unfair, extreme sentencing leads to more of our family members, friends, neighbors and fellow Oklahomans in prison for longer periods of time. The result? Oklahomans pay more in taxes to imprison our people, reduce our workforce and leave families in poverty longer.”

Oklahoma taxpayers currently contribute more than half a billion dollars to the prison system each year as the state holds the second-highest rate of incarceration in the country. If approved by voters, State Question 805 would reduce Oklahoma’s prison population by 8.5% over the next 10 years according to data released by the Oklahoma Council of Public Affairs.

In a financial analysis of the impact of SQ 805, OCPA estimates that the reduction in prison population from these reforms would lead to expected savings of at least $142 million. Taxpayer savings of up to $27 million per year would continue indefinitely into the future -- money that could be funneled into mental health resources, reentry programs or other public safety priorities.

After the Oklahoma Secretary of State verifies the signatures submitted by the Yes on 805 group, Gov. Kevin Stitt will place the state question on a 2020 ballot. To learn more about the ballot initiative, visit Yeson805.org.