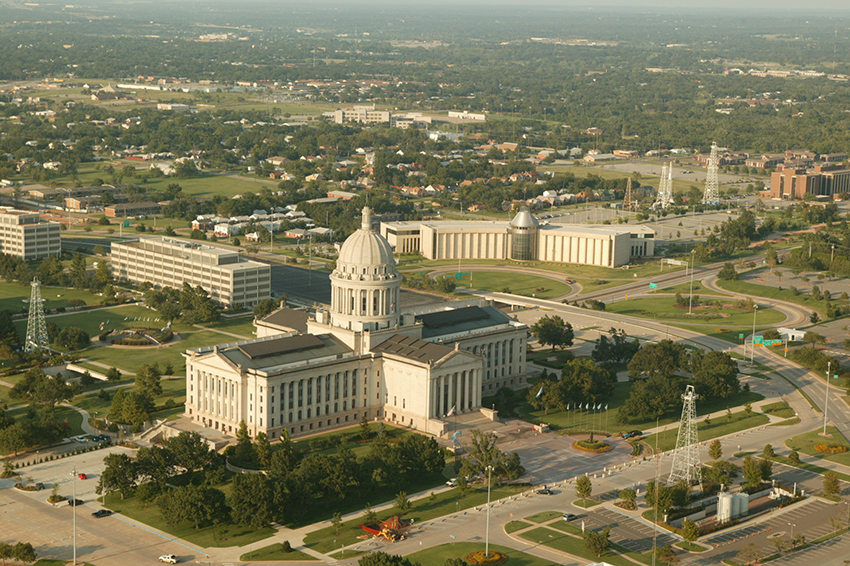 March 14 marked a significant legislative deadline – to remain alive and under consideration, all bills and resolutions had to be approved in their chamber of origin. This edition of the OKC Business Advocate discusses legislative activity on guns, a software/cyber engineering incentive, government reform, workers’ compensation and medical marijuana.

On Feb. 27, Gov. Stitt (R-Tulsa) signed his first bill (HB 2597) into law. Effective Nov. 1, the legislation will allow non-felons to carry an open or concealed firearm without a permit. The Chamber worked with legislative leadership to amend HB 2597 to include stronger protections for businesses and property owners, event hosts and college campuses. Under the new law, if an individual carrying a gun is asked to leave a business, event or campus and refuses, the individual can be arrested, charged with a misdemeanor, fined up to $500 and serve up to 6 months in jail.

Additionally, another piece of firearm-related legislation is moving through the legislative process to address OKC Zoo, Scissortail Park, Tulsa Zoo, Gathering Place (and other zoos/parks owned, leased or operated by a public trust or nonprofit entity). That legislation, which has been passed by the House, would allow those facilities and venues to prohibit open, but not concealed, carry of firearms.

Legislation continues to advance that would address a statewide workforce need by creating a new program to facilitate hiring of software/cyber engineers. SB 746 by Sen. Jason Smalley (R-Stroud) passed the full Senate by a vote of 40-5 on March 11; and, HB 2146 by Rep. John Pfeiffer (R-Mulhall) passed the full House by a vote of 84-3 on March 6.

Oklahoma faces a critical shortage of software/cyber engineers (including approximately 1,000 at Tinker Air Force Base). The shortage of qualified cyber/software engineers is also faced by companies statewide. The Chamber and its partners at the Tulsa and State Chambers believe this new program will enable Oklahoma to more effectively address 21st-century workforce needs and position our state for robust job growth in high-tech industries.

Oklahoma governors have only limited authority to appoint key personnel necessary for accountable and efficient operation of state government. This will soon change as five bills authorizing direct appointment (by the governor) of agency heads were signed into law on March 13. The legislation will allow the governor to appoint the director of the Department of Transportation, Health Care Authority, Office of Juvenile Affairs, Department of Corrections and Department of Mental Health and Substance Abuse. The legislation also allows the governor to make five appointments to each of those boards and the Senate Pro Tempore and Speaker of the House two each. Each agency director appointment by the governor will require Senate confirmation.

The Chamber, which supported these bills, believes providing the governor more power in this area will improve efficiency and accountability within state agencies and make our gubernatorial elections more consequential.

One of the Chamber’s priorities was to obtain protections for employers related to the passage of SQ 788 – medical marijuana. HB 2612, often called the “unity bill”, authored by House Majority Floor Leader Jon Echols (R-Oklahoma City) and Sen. Greg McCortney (R-Ada) contains those protections and was passed by the Senate 43-5 on March 11. Having previously passed the House, it was sent to Gov. Stitt, who signed it into law on March 14.

HB 2367 is an all-encompassing piece of workers’ compensation legislation containing several provisions that, if enacted, would roll-back several of the pro-business provisions of the 2013 workers’ compensation reform bill. The Chamber believes the 2013 reforms, one of the legislature’s biggest accomplishment in the past 5-10 years, should remain in place and not be rolled back as proposed by HB 2367.

Since the 2013 legislation went into effect, workers’ compensation costs have been reduced more than 30 percent and saved Oklahoma companies more than $300 million. These gains have moved Oklahoma from the sixth-highest workers’ comp costs in the country to 24th in only five years. Workers’ compensation costs are a critical component companies consider in determining where to invest their resources. The Chamber hopes the Legislature will continue to focus on making Oklahoma a pro-business state and not go backwards.

Members of the Chamber’s executive committee have previously met with Gov. Stitt, Speaker of the House Charles McCall and his leadership team, and Senate Democratic Leader Kay Floyd and members of her leadership team. The Chamber thanks Gov. Stitt and legislative leadership for the meetings and looks forward to continuing to work together on key issues facing the state.

On Feb. 21, the House passed a teacher pay raise, which Gov. Stitt’s included in his budget, by an overwhelming 99-0 vote. HB 1780 by Speaker McCall (R-Atoka) would increase raise the teacher salary schedule by $1,200. The bill is expected to be heard by the Senate in the coming weeks.

Despite the recent teacher salary increase enacted last legislative session, Oklahoma is still facing a teacher shortage. The business community recognizes that increased compensation will help the state recruit and retain high-quality teachers, which is the best way to improve academic performance.