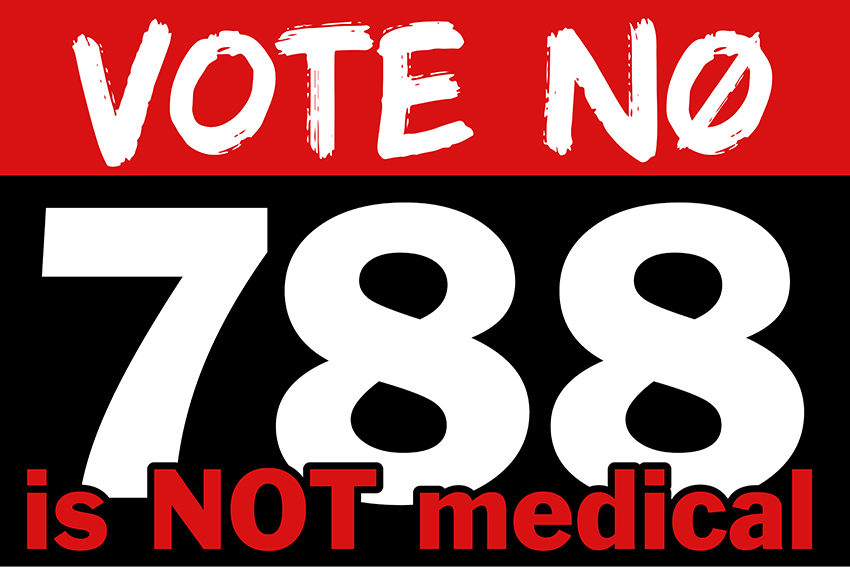 The Board of Directors of the Greater Oklahoma City Chamber recently voted to oppose State Question 788, the so-called medical marijuana bill that would potentially prevent employers from operating a drug-free workplace. The Chamber has joined the Anti-SQ788 coalition to defeat the proposal at the polls in June.

It appears that SQ 788 would allow any Oklahoma Board-certified physician—which includes veterinarians, dentists and chiropractors—to prescribe a medical marijuana license for two years. Instead of having specific requirements for what constitutes a medical need for a license, the threshold for justifying a prescription is extremely low. A patient only needs to “articulate a medical need” to qualify, so patients who say they occasionally get headaches would qualify for a two-year license.

“Simply put, State Question 788 is NOT a medical marijuana law,” said Roy H. Williams, president and CEO of the Greater Oklahoma City Chamber. “It is poorly written public policy that would enact one of the most liberal marijuana laws in the nation. Particularly concerning to the Chamber are the restrictions that it would place on Oklahoma’s businesses.”

Under the language of SQ 788, the ability for most employers to be a drug-free workplace would be questioned, if not outright abolished. SQ 788 states that employers “may not discriminate against a person in hiring, termination…or otherwise penalize a person based upon status as a medical marijuana license holder” or “based upon the results of a drug test showing positive for marijuana or its components.” The only exception to the above mandate is unless it would “cause an employer to imminently lose a monetary or licensing-related benefit under federal law.” In addition to the logistical and legal nightmare that SQ 788 would generate if passed, employers should also expect workers’ compensation rates to increase. In at least five states where medical marijuana is legal, it is treated as a permissible workers’ compensation treatment that requires insurer reimbursement. It is natural to expect on-the-job claims for injuries to increase if it becomes a way to pay for marijuana usage.

The proposal essentially creates a special class of citizen that cannot be discriminated against for those holding a medical marijuana license––and with disturbing consequences. Proponents of this state question recently consented to the fact that under the law, a hotel could not be marijuana smoke-free. Some lawyers believe a restaurateur, under the Oklahoma proposal, would have no option but to allow marijuana to be smoked in a restaurant without a risky lawsuit. Furthermore, municipalities are expressly prohibited from regulating the industry. Some legal minds believe this would include not being able to regulate where it is smoked and would open up parks and public venues like the Chesapeake Energy Arena to the medical use of smokable marijuana.

“Simply put, State Question 788 is NOT a medical marijuana law,” said Roy H. Williams, president and CEO of the Greater Oklahoma City Chamber. “It is poorly written public policy that would enact one of the most liberal marijuana laws in the nation. Particularly concerning to the Chamber are the restrictions that it would place on Oklahoma’s businesses.”

Beyond the negative impacts to Oklahoma businesses, SQ 788 would have consequences on Oklahoma’s already-strapped government. The state system of mental health and substance abuse services is already beyond its capacity. With the expected increase in mental health and substance abuse treatment as a result of this proposed law, the passage of SQ 788 would strain funding for other core services of state government. SQ 788 proposes a 7 percent tax on medical marijuana sales, but that isn’t enough to cover the administrative and social service costs. Most states have marijuana taxes exceeding 20 percent. SQ 788 would also burden the already-troubled Oklahoma Department of Health with immediate responsibilities. The proposed law would incentivize medical marijuana license holders to enroll in SoonerCare, Oklahoma’s Medicaid program, by reducing the cost to get a license for those covered by the program. The Oklahoma Health Care Authority, the organization who administers SoonerCare, has faced budget shortfalls in recent months because of dwindling state and federal funds. The increased number of claims could lead to rate cuts to Medicaid providers in the state.

For these reasons, the Chamber believes that SQ 788 should be defeated at the polls on June 26. SQ 788 is not medical marijuana – vote NO on June 26.

Read the original article in the May 2018 issue of The POINT!