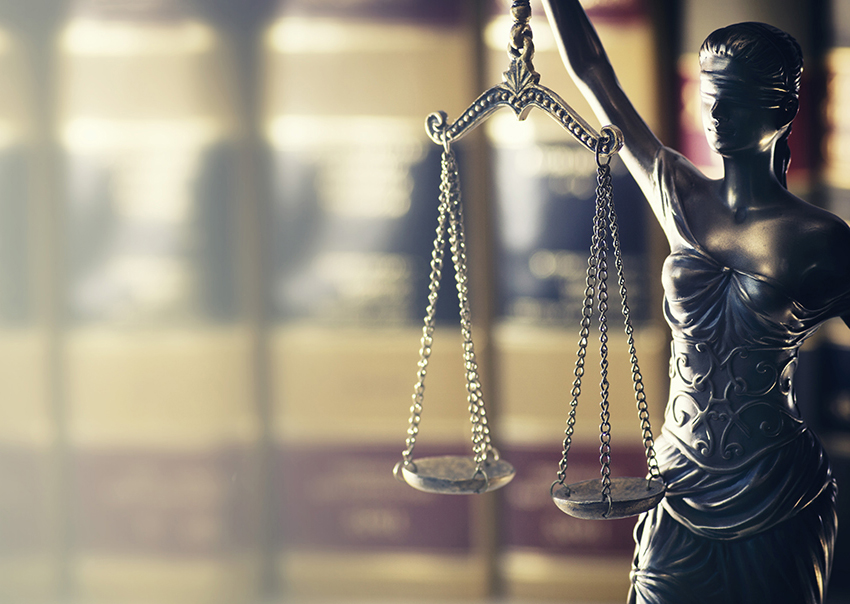 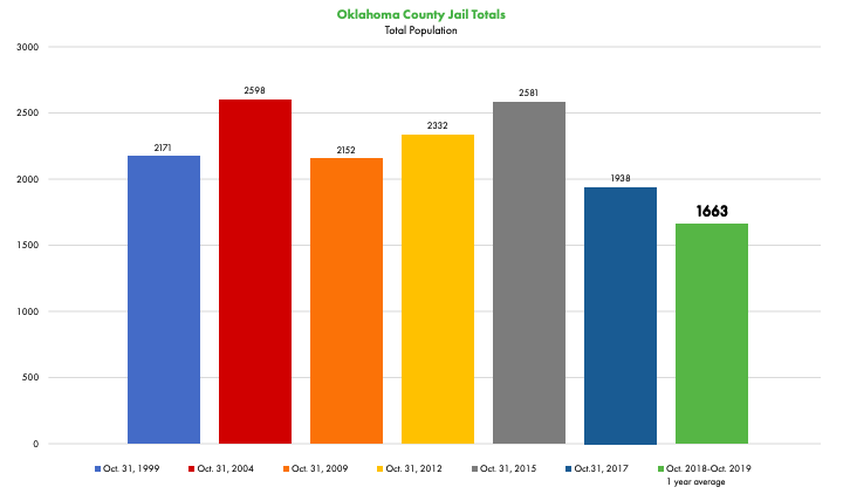 The chart shows how that number compares to one-day jail population snapshots taken on Oct. 31 going back two decades. The two highest numbers were 2,598 on October 31, 2004, and more recently, 2,581 on October 31, 2015. When notified of this one-year average number, the Vera Institute for Justice provided this observation, “We are glad to see the continued progress Oklahoma County has made in reducing the overuse of the jail. By being more intentional about the use of the jail, Oklahoma County has achieved real change in just a few years, reducing the average daily jail population by over 30 percent since 2015. The Vera Institute is pleased that our work with the County was able to support these efforts.”

By being more intentional about the use of the jail, Oklahoma County has achieved real change in just a few years, reducing the average daily jail population by over 30 percent since 2015.

This historic progress, accomplished by the work of CJAC partners and community stakeholders, should be celebrated. However, the celebration should be tempered by the reality that CJAC partners still have work to do since even at 1,663, the jail is still overcrowded at 140%"

The Oklahoma County justice system faces a significant barrier to progress because of outdated data/IT systems. Recently, several CJAC partner agencies won grant awards specifically to overcome this barrier. The District Attorney’s Office recently reported that between the grant awards to the DA’s Office, the Public Defender’s Office, and most recently the Sheriff’s Office, over $1.5 million in grant funding is coming to Oklahoma County to address this issue. The DA’s Office and Public Defender’s Office are set to launch their respective projects before the end of 2019, while the Sheriff’s Office upgrade process will start in early 2020.

Coupled with the data/IT upgrades already in place by the CJAC municipal partners—the cities of Edmond, Midwest City and Oklahoma City—the county justice system is finally expanding its data/IT capacity to meet the needs of staff and residents and provide the CJAC information to review and analyze with the goal of continuing its justice reform efforts.

The CJAC data subcommittee is also implementing the idea of a data hub to increase interoperability between Oklahoma County justice system partners. With the input of numerous stakeholders, the data subcommittee selected a pilot project to test the first iteration of the data hub. The pilot project centers around three key stakeholders: the judges and court clerks, the Sheriff’s Office staff handling inmate release, and a local service provider, NorthCare.

The goal of the pilot project is to expedite the transmission of judicial releases to the jail and the provider to move justice-involved individuals into services and treatment more quickly. The pilot project should also provide some data that can be analyzed. During the pilot project, paper copies will continue to be used to ensure no interruption in continuity of services.

The data subcommittee’s focus is to gain a better understanding of issues preventing effective data collection and sharing within the criminal justice system, improve capacity of all criminal justice system agencies for collecting and sharing data and begin implementation of projects to allow collection of system-wide data with online access available to the Advisory Council and system stakeholders.

You can learn more about the progress being made in Oklahoma County justice reform efforts by visiting smartsafeokco.com.