OKCPS has success in repurposing buildings 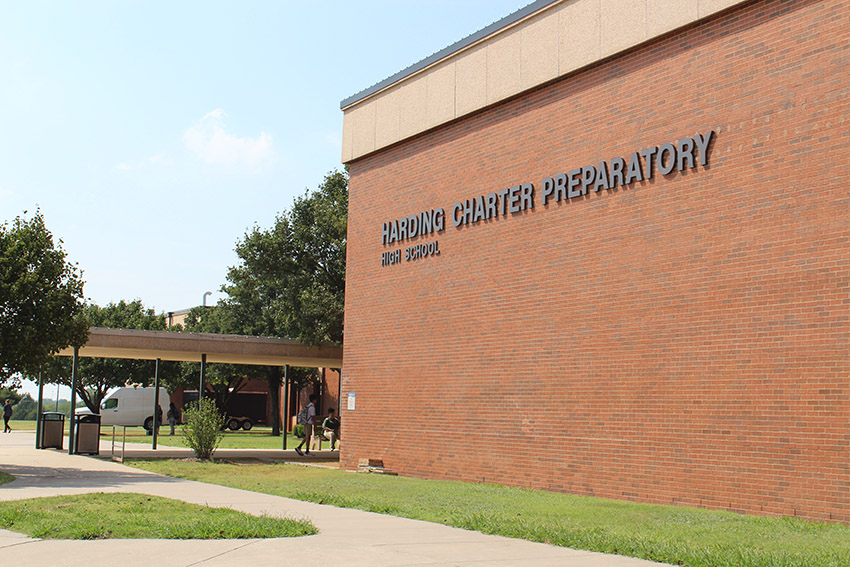 Harding Charter Preparatory School was sharing a building with the Harding Fine Arts Academy and the two schools were running out of space in the historic building.

“We were both busting at the seams,” said Steven Stefanick, principal at Harding Charter Prep. “There was a lot of sweat equity and dollars put in to make the building work.”

Stefanick said the school wasn’t looking to move or considering building a new place. That all changed earlier this year.

When Oklahoma City Public Schools finished its Pathway to Greatness evaluation, Centennial High School was going to be a building that could potentially have a new tenant. The district brought a list of buildings to the Harding Charter and Centennial immediately caught Stefanick’s attention. It was the only high school building on the list.

There were 15 buildings total that would need new tenants. OKCPS COO Scott Randall said 12 of the 15 buildings will have finalized lease agreements by September’s first week.

“Our goal was to have two completed by this time,” Randall said. “Now we’ll have 12. We've had some great opportunities for organizations to serve our community.”

Harding’s move to Centennial has been one of those new opportunities. The OKCPS-sponsored college-prep high school was able to enroll an additional 50 students since the school now had the room. Harding Charter can now put its 480 students in 41 classrooms, giving the 32 teachers enough room to spread out and not split time in 21 classrooms, which is what the school had at its old building.

The students now have access to a soccer field, softball and baseball fields, and a track. There are also two gyms, compared to one gym at the old building, and twice as many science labs.

In total, Harding Charter went from a 100,000-square-foot space to about 150,000 square feet. Stefanick said the building also has an elevator, making the learning space compliant with requirements set by the Americans with Disabilities Act.

“We can now provide access to any student that wants college prep curriculum,” he said. “That was a big deal to me.”

Stefanick said the students and families have embraced the new space. The school hosted an open house and about 400 families took tours and most of them returned to attend the school. Community volunteers helped with the move from Shartel Avenue to NE 101st Street.

“(Moving) is never usually a positive,” he said. “But so far, this change has been fantastic.”

Besides Harding, other entities with completed leases are the Oklahoma City-County Health Department, which is leasing Oakridge and Sequoyah elementary schools, and the OKCPS Administrative Offices, which will use Edwards Elementary. Taft Fifth Grade Center has started classes in the former Linwood Elementary. KIPP Charter School is leasing North Highland Elementary and OKCPS Alternative Academy will use Putnam Heights Elementary for its students.

At Oakridge and Sequoyah, the Oklahoma City-County Health Department will open Learning and Wellness Academies. The goal is to provide connection to services and programming for at-risk youth and their families. The department will begin with after-school programming and some clinical services. Eventually, the buildings will be a space for multidisciplinary teams to provide services that help residents overcome negative social determinants of health, such as a lack of transportation, food insecurities and mental health needs.

Leases are pending or discussions are still in the works on the next tenant for Edgemere, Gatewood, Green Pastures, Horace Mann, Johnson and Telstar schools. 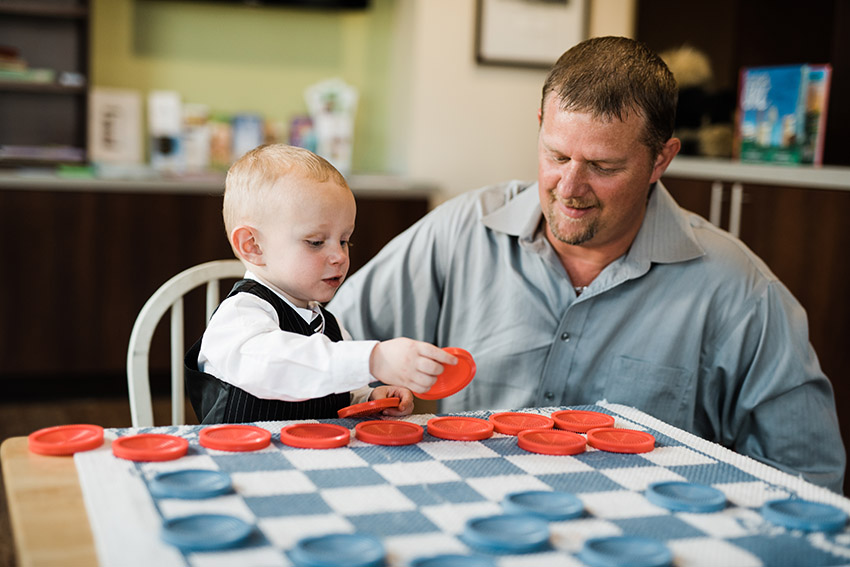 A dad and his son play with checkers pieces during a program at Sunbeam Family Services.

Sunbeam Family Services is expecting to have its lease finalized for Pierce Elementary by early September. Early Childhood Services Director Paula Gates said the school will be used to provide wrap-around services to families and children ranging in age from birth to 3 years old. Those services include vision, medical and hearing screenings, as well as support for the families.

“Our goal is not only to have a stable, safe, wonderful place for the child to grow, but to also stabilize the family,” she said.

Sunbeam had planned to expand its early childhood services. It applied for a grant in March and said it would find a place. Then, the school needed a new tenant. The school is in a high-priority zip code, as determined by the U.S. Administration for Children and Families.

“With this grant, we’re able to go into the higher-priority zip codes where the most vulnerable children and families are.”

And those children will not only likely be enrolled in OKCPS one day, but they could be a part of the metro’s workforce. The learning that starts from birth to three years old is vital for long-term development, Gates said. Problem solving, being creative, and taking risks are all developments that are important early in a child’s life to make them an even better student and working adult.

Gates said Sunbeam has already begun hiring its employees for the new Pierce center, so they’re looking forward to getting to work. Positions are still available at sunbeamfamilyservices.org/careers. Nearly 50 people will be needed at the new center.

Having people in the buildings and using them will provide some cash flow to the school district, Randall said, but ultimately it keeps the buildings in good shape should OKCPS ever need them again. The leases range from five to 10 years in length.

“We’re going to be able to redirect those dollars into services for students,” he said.

The Pathway initiative has been successful, he said, because of Superintendent Sean McDaniel’s leadership and the communication to the community, overseen by Community Relations Chief Beth Harrison. He said the messaging was important and helped people embrace the idea. The district received nearly 100 calls from entities interested in the buildings.

“We knew going into this that we could not allow the buildings to sit vacant,” he said. “We’ve been concentrating our energy and time on getting the buildings occupied with partners that fit our mission or would all value to the community.”