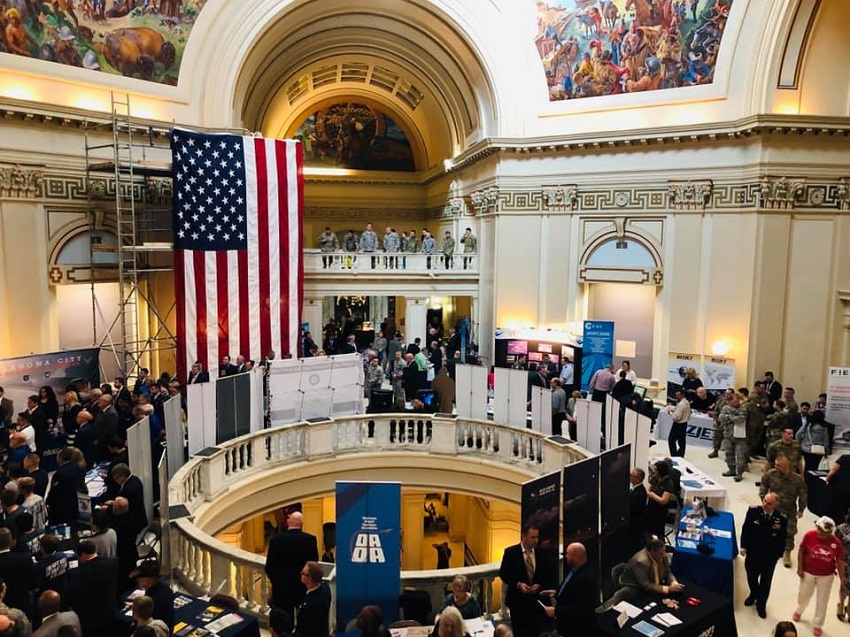 The need for more workers for the Oklahoma aviation industry, the state’s second-largest economic sector, was a focus of AERO Oklahoma Day at the Capitol March 19. The event, hosted by the Oklahoma Aeronautics Commission (OAC), brought nearly 1,000 people to the Capitol rotunda to hear from industry leaders and visit 80 exhibitor booths.

According to a 2017 economic impact study commissioned by the OAC, the aviation and aerospace industry provides more than 200,000 jobs and an $11.7 billion payroll in Oklahoma. Even with those impressive numbers, a shortage of qualified job applicants may hamstring the sector’s potential growth.

Shelton said workforce development for aerospace and aviation has been a problem for the past 20 years and AERO Oklahoma Day is, in part, an effort to ease the problem.

Shelton said the commission has been reaching out to elementary schools to encourage children to explore the career field at a young age.

“We want kids to know they can be pilots, they can be aircraft mechanics,” Shelton said. “They can make a good living doing that right here in their home state.” 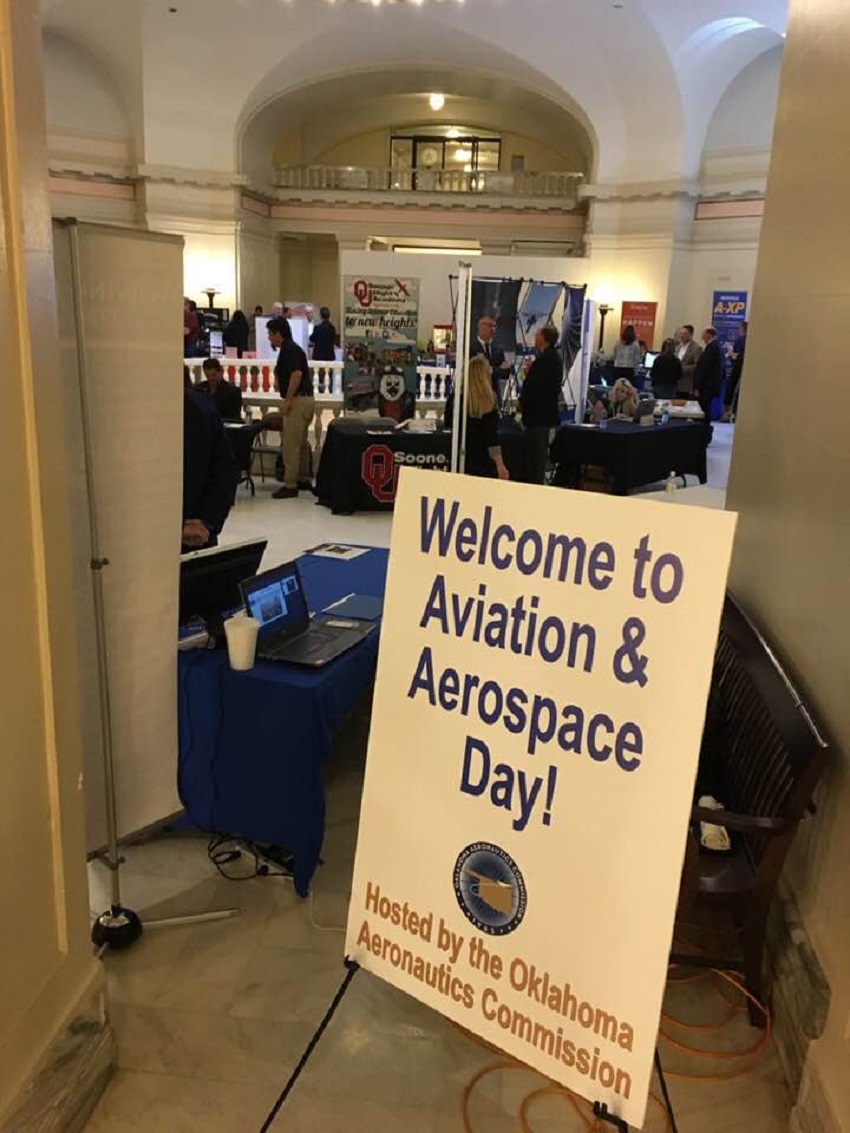 Hill discussed some of the goals of the Air Force, including the a mandate from then-Secretary of Defense James Mattis to achieve 80 percent mission-capable rates on the F-16, F-22 and F-35 fleets by Sept. 30 – and other fleets in the future.

“To meet this and other challenges, it is safe to say we will continue to need an agile, responsive hiring machine to be able to compete for talent in today’s marketplace,” Hill said.

“Given the growth of the aerospace industry in Oklahoma, it would be in our state’s and our nation’s best interest to produce more STEM and technical grads.”

Rosino said the measure is the result of meetings with those in the industry.

“We heard from all the people that are starting businesses and working here in Oklahoma to produce quality airplane components to do repair and maintenance that need workforce, so we’re working on that,” Rosino said.

The program includes a path toward a certificate in unmanned aerial systems, advanced manufacturing and other areas, and a path toward a degree in engineering, math or cybersecurity, among others.

While engineering disciplines usually require a four-year degree and cannot be filled by Rose State, the college is focusing on its certificate and “upskill” programs that can fill the gap.