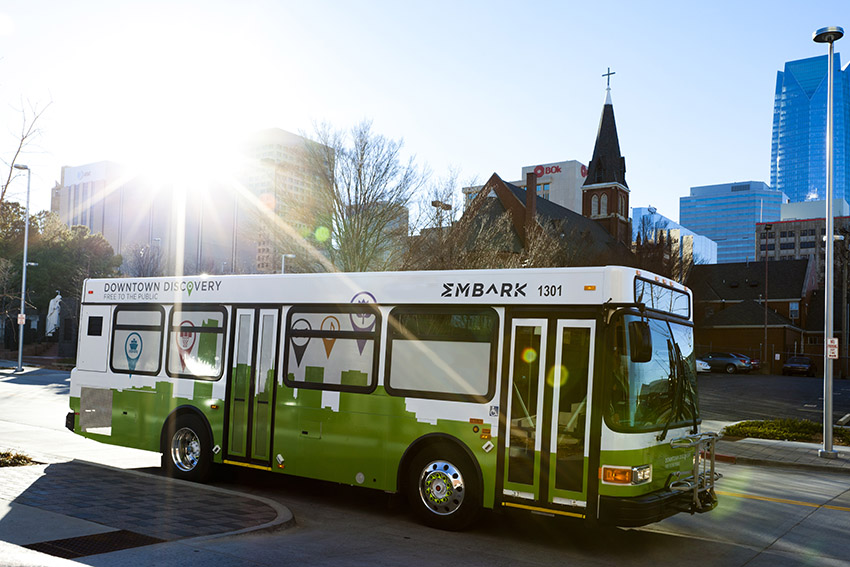 The Chamber recently released its legislative agenda for 2019. Get more details on our transportation priorities below:

Major Projects
The Chamber will advocate for full funding and timely completion of work on major interchanges located at I-44/Broadway Extension and I-240/I-35 (Crossroads), as well as the following major projects: I-40 corridor east of I-35 (Tinker Air Force Base) including expansion of I-40 facility to six lanes; necessary improvements to State Highway 74 (north of Lake Hefner Parkway); and future development of I-44 corridor to provide for future mobility needs due to commercial expansion.

Sustainable Funding
To address the declining transportation revenues associated with fuel tax the Chamber supports the research and development of sustainable funding alternatives in support of transportation infrastructure.

State Turnpike Plan
The Chamber supports the Oklahoma Turnpike Authority’s “Driving Forward” Turnpike Program, and specifically, the following Oklahoma City-area projects: 1) The construction of a new turnpike facility to link I-40 and I-44 (Turner Turnpike) in eastern Oklahoma County to ease congestion on I-35; and 2) the construction of a new southwest extension of the existing Kilpatrick Turnpike between I-40 and State Highway 152/Airport Road to ease congestion at the I-40/I-44 (K Interchange).

The Chamber supports future turnpike planning consideration to include widening the Turner Turnpike to six lanes from the current construction at mile post 203 extending west to Oklahoma City.

Ports of Entry
The Chamber supports providing adequate annual dedicated funding and staffing levels for the timely completion and effective use of weigh stations at Oklahoma’s ports of entry to ensure the protection of Oklahoma’s roads and bridges from unnecessary damage caused by overweight freight loads.

Heartland Flyer
Passenger rail service is a key component of the development of the Oklahoma City intermodal hub and the future development of commuter rail throughout the central Oklahoma region. The Chamber will work with the Oklahoma congressional delegation, the Oklahoma State Legislature, ODOT, the City of Oklahoma City, the Class 1 railroads and the Association of Central Oklahoma Governments (ACOG) to oppose efforts to reduce or eliminate state or federal funding received by Oklahoma to operate the Heartland Flyer Amtrak service to Fort Worth, Texas. Moreover, the Chamber supports ongoing efforts by ODOT to negotiate with the State of Texas and Amtrak to ensure Amtrak can be maintained as the passenger rail carrier.

The Chamber supports continued dialogue on extending the Heartland Flyer Amtrak service to Newton, Kansas, which would connect Oklahoma City to Kansas City, St. Louis, Chicago and other locations on the Amtrak system.

Intermodal Hub
The Chamber will work with the City of Oklahoma City (COTPA), the Class 1 railroads, ODOT, the Oklahoma State Legislature and ACOG to ensure the continued viability of the intermodal hub at the Santa Fe station that will effectively integrate various modes of transportation (including OKC Streetcar, Amtrak, bus, future bus rapid transit and future commuter rail) and enhance economic development opportunities.

The Chamber supports efforts to work with stakeholders to maximize alignment and development of future locally preferred alternatives for mass transportation.

Street Improvements
The Chamber supports consideration and pursuit of all available funds for ongoing and future street improvements.

OKC Streetcar
The Chamber supports efforts to ensure the viability of the Oklahoma City Streetcar system.

FAA Air Traffic Control Privatization
The Chamber will work with the Oklahoma congressional delegation to oppose any attempt by Congress or the executive branch to privatize the nation’s air traffic control system.

Freight Rail Regulation
The Chamber opposes any effort by the Surface Transportation Board (STB) to impose additional regulation on freight rail operators.

For more information, please contact a member of our Government Relations staff.