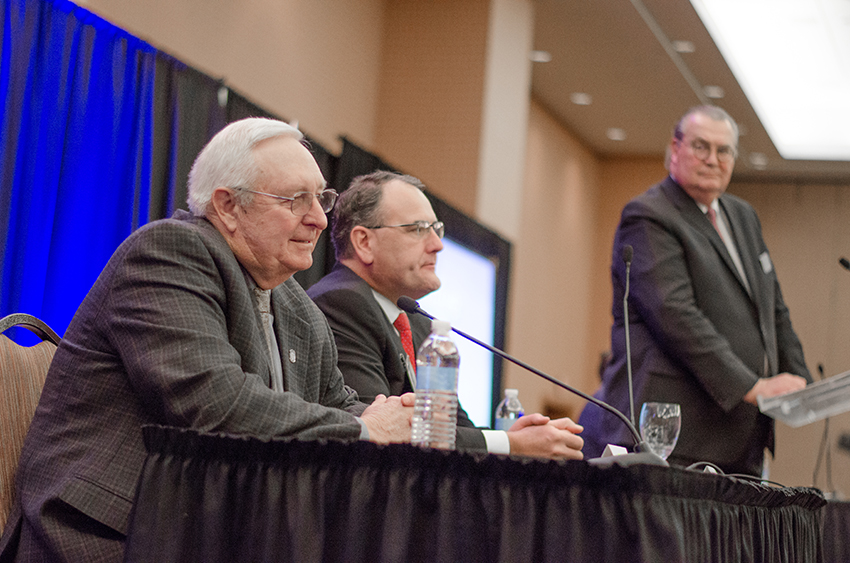 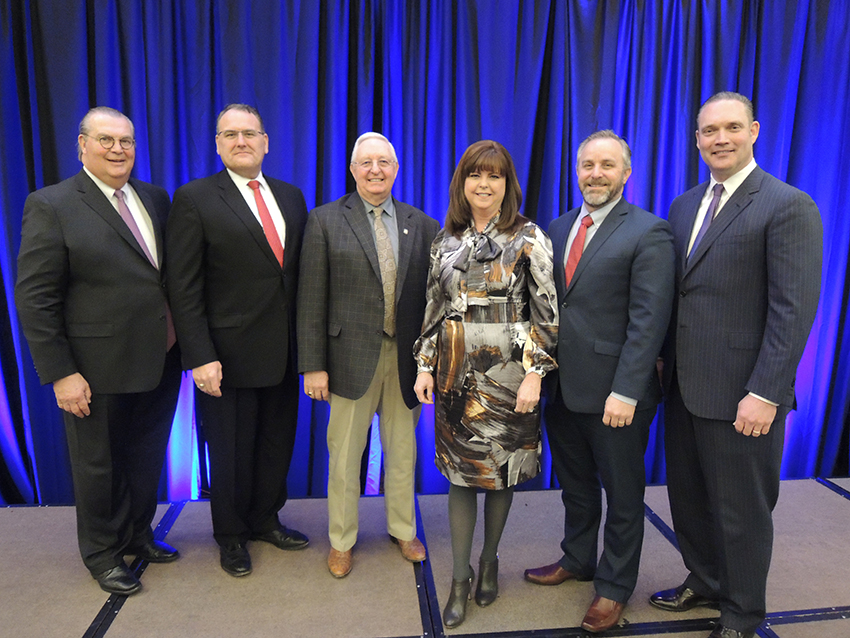 With a special session addressing the topic already underway, teacher pay raises and how to fund them were top of mind for the panelists. Chamber vice chair of government relations and panel moderator Brad Krieger, Arvest Bank, asked the panel if the nonpartisan Step Up Oklahoma plan would be enough to solve the state’s revenue and reform needs.

“In terms of it being a reasonable compromise, I think it is,” said McCall. “There are some tough issues in [the plan], but that is what compromise is all about.”

Sparks and Kouplen, both representing their Democratic caucuses, were more cautious about their support of the plan.

“The plan adds revenue and most of our caucus believes that is a positive part of the plan,” Kouplen said. “Where that money comes from is the real kicker. Until we see the legislation it is hard to say yes or no.”

The panel also discussed Oklahoma’s high rate of incarceration and plans to reverse that trend in a safe, smart way. In 2017, a number of key criminal justice reform measures to do that failed to move forward. Sparks, who has two of the states’ largest prisons in his district, says that he sees the costs of incarceration firsthand through both the problems within the prisons and the impacts on families outside the walls.

“I am as hopeful of us being able to get things done as I have been in a while,” Sparks said. “I think the support is there.”

Treat agreed, saying that he has worked with both criminal justice reform advocates and the district attorneys who work with the criminal justice system every day to find a reasonable path forward.

“This isn’t just a budget issue,” Treat said. “We need to fund programs that will divert people from prison beds, will get them the treatment they need and will divert them from a life of incarceration.”

The panelists also expressed the concerns about the consequences if State Question 788 passes on June 26. Treat called SQ 788 one of the most poorly written state questions he has ever seen, adding that Oklahomans need to get educated on what the bill is really about.

McCall agreed, saying that as a business owner he was concerned about the challenges that the state question would create.

“I have serious and grave concerns about this state questions and the implications of its passage,” McCall said. “The people of Oklahoma need to take a hard, long look at this particular ballot measure. I think if it were really about marijuana for a medicinal purpose, the measure could have been written a lot differently.”

While she agreed that the issues facing the state of Oklahoma are daunting, Chamber Chair Rhonda Hooper, Jordan Advertising, called on lawmakers in attendance to use the challenges as an opportunity to display Oklahomans’ ability to compromise and work together.

“While there are many reasons that Oklahoma City has transformed itself over the past three decades, I believe one of the most crucial is the collaborative spirit that our leaders bring to the table when making decisions,” Hooper said. “When people are willing to compromise in pursuit of a greater goal – that is where the magic happens.”